Elon Musk Says He is Leaning Towards Ron DeSantis for 2024 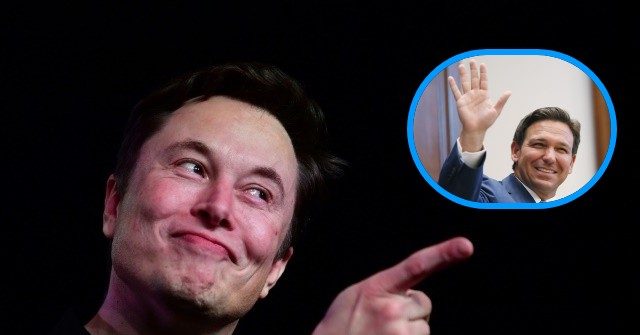 Tesla CEO Elon Musk tweeted Wednesday that he was leaning towards supporting Republican Florida Gov. Ron DeSantis for president in 2024.

“I assume republican for president 2?” someone asked.

When the person asked him, “What are you leaning towards?” Musk responded, “DeSantis.”

Musk said he supported Andrew Yang for president in 2020 but that “DeSantis has a better chance of winning.”

It is the first time Musk has weighed in on who he would support specifically for president in 2024.

Musk did not respond to a question of why he favored DeSantis over former President Donald Trump, who has indicated he would run again.

Last month, Musk said he thought Trump should be restored to Twitter but that “I think a less divisive candidate would be better in 2024.”

Musk has been the target of Democrat ire since he proposed purchasing Twitter and improving the service for all users, including conservatives.

He has since criticized Twitter for its lack of transparency on how many bots are on the application, which has called into question whether Musk will go through with the purchase.

When someone on Twitter asked Musk if it was the first time where he has received “massive amounts of hate by the top Democrat leaders (Biden, Sanders, AOC, Warren, etc),” Musk responded, “Yes.”