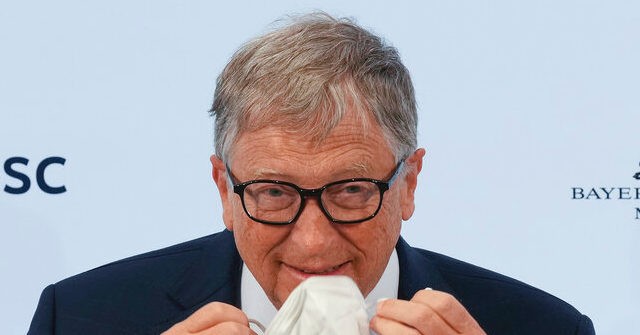 Microsoft founder Bill Gates recently discussed cryptocurrency and NFTs, stating that the asset trends are “100% based on greater fool theory.” Gates added, “I do think people get bought into these manias, who may not have as much money to spare. So I’m not bullish on bitcoin.”

CNBC reports that speaking at a recent TechCrunch conference, Microsoft founder Bill Gates criticized cryptocurrency and NFTs, stating that the trend of digital assets is “100% based on greater fool theory.” Gates is referencing the idea that investors can make money from overvalued assets as long as people are willing to bid them higher — which is how many have viewed the NFT market for some time.

Gates stated that he’s not “long or short” on crypto and mocked the Bored Apes NFT series, stating sarcastically that “expensive digital images of monkeys” will “improve the world immensely.” Gates stated that he prefers to stick to old-fashioned investing in tangible products and industries.

“I’m used to asset classes, like a farm where they have output, or like a company where they make products,” he said. Gates comments come as the crypto-market tumbles, with Bitcoin falling from its all-time high price of $69,000 in November 2021 to below $23,000 this week. The coin has lost around 25 percent of its value since last Friday. Gates stated: “I do think people get bought into these manias, who may not have as much money to spare. So I’m not bullish on bitcoin.”

Breitbart News recently reported that the crypto exchange Coinbase is laying off close to a fifth of its entire workforce following a collapse in stock and crypto prices. The exchange plans to cut 18 percent of its full-time positions, according to an email sent to employees on Tuesday. The company has around 5,000 full-time workers, which will be reduced by approximately 1,100 following the layoffs.

Coinbase CEO Brian Armstrong cited a possible recession as one of the reasons behind the layoffs. Armstrong also noted that the company needs to manage its burn rate and increase efficiency, stating that the firm grew “too quickly” while markets were performing well.

In the email, Armstrong stated: “We appear to be entering a recession after a 10+ year economic boom. A recession could lead to another crypto winter, and could last for an extended period.”