WATCH: Bears Practice in #41 Brian Piccolo Jerseys on 52nd Anniversary of His Death 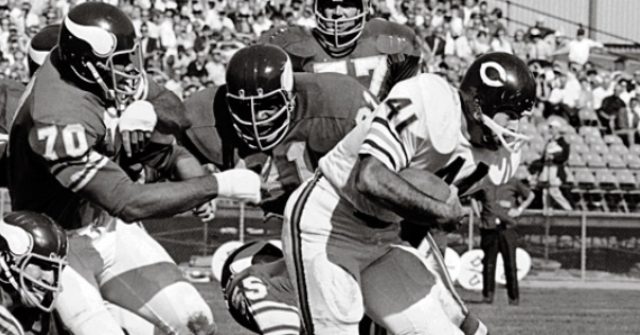 The Chicago Bears took the field wearing #41 Brian Piccolo jerseys on the 52nd anniversary of his death. That is, every single Bears player.

Piccolo, who achieved Bears and football immortality after the on-screen depiction of his friendship with Bears legend Gale Sayers in the movie Brian’s Song, died on June 16, 1970, after a battle with testicular germ cancer.

On this day 52 years ago we lost Brian Piccolo.

Today, all 90 players are wearing 41 to honor him. pic.twitter.com/OFLIfKAJoJ

Piccolo passed away at the age of 26 after five years with the Bears.

The Bears honor his life and legacy every year by bestowing the Brian Piccolo Award on the veteran and rookie player who best displays “the courage, loyalty, teamwork, dedication, and sense of humor of the late Brian Piccolo.”

Piccolo’s No. 41 jersey has been retired by the Bears.