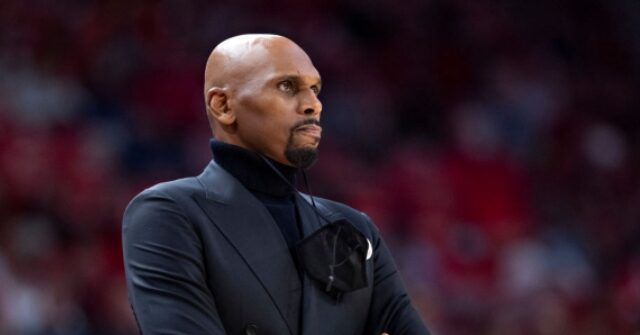 Vanderbilt coach Jerry Stackhouse had to be restrained by his staff and security after being ejected from Wednesday’s game against Virginia Commonwealth University.

Stackhouse was ejected after yelling at officials when Vanderbilt’s Liam Robbins was called for a technical foul. Stackhouse was given two technicals that resulted into an automatic ejection.

Stackhouse was seen moving toward the officials as he is led from the court to the locker area. Fox News reported that he shouted afterward. “f*ck you”To the officials.

Vanderbilt’s record for this season is 3-4. Stackhouse has a 42-58 record in three seasons at Vanderbilt.

After being offered the chance to turn around the Commodores basketball team, Stackhouse felt excited for the future in 2019.

“When Malcolm approached me about the possibility of this job and being here and everything all-encompassing with this university, it was hard for me to say no to him, and I’m super excited that they feel that I’m the guy to bring the magic back to Memorial and I’m truly excited about that,”Stackhouse stated at that time.

Stackhouse didn’t have any experience as a head coach before he was offered the Vanderbilt coaching job. His record so far is not stellar.