Stephen A. Smith on Celtics’ Udoka: ‘Plenty of White Folks’ Fraternizing – Their Information Not Made Public 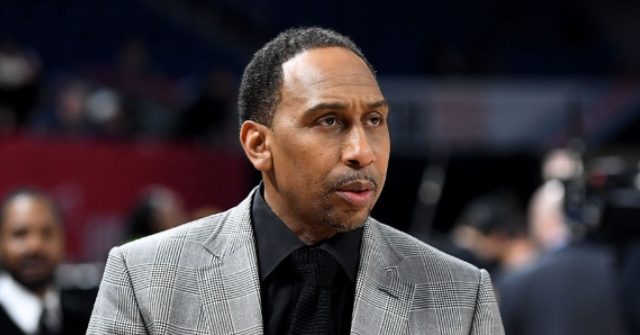 ESPN’s Stephen A. Smith said Thursday on “First Take” that it was racist that the private relationship between Boston Celtics head coach Ime Udoka and a female member of the franchise’s staff is public knowledge.

Smith said: “This is a message to the Boston Celtics: I got a problem with you as an organization because if you’re not going to fire him, why the hell do we even know about this story? Nobody’s bringing that up. I’m going to bring it up. What the hell are you telling us for? I’ve been covering the NBA over a quarter century, and I’m trying to tell you right now I can’t count the amount of fraternization or, dare I say more, that goes on in practically every damn organization within the National Basketball Association, the NFL, Major League Baseball, the list goes on and on. People get together. They’re working together. That stuff happens all the time.”

He continued, “The issue I have with the Boston Celtics is that if you’re firing him, you wouldn’t tell us why, so if you’re going to retain him, why let us know now?”

He continued, “Why do we know this stuff? Why is he going to be suspended, but you’re leaking this stuff out? You either keep him, or you let him go. But what you don’t do is keep him and in the same breath disseminate information about a clear personal matter.”

Smith’s conclusion “I’m going to take it a step further. I don’t appreciate that being done to a brother because I got news for you, America, there’s plenty of white folks in professional sports that’s doing their thing, and I say that not complimentary. I don’t see the information out about them. Why are we talking about this now?”