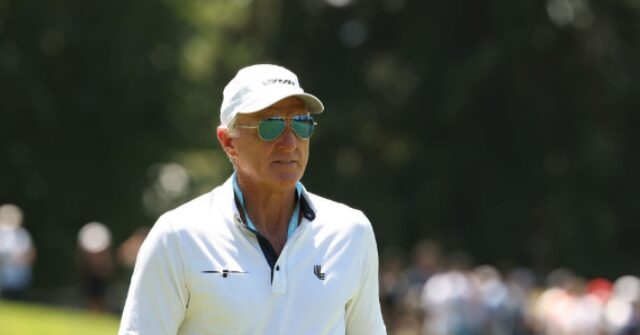 LIV Golf CEO Greg Norman is in Washington D.C. this week meeting with members of Congress to advocate for the new league and press his issues against the PGA Tour, but one GOP congressman walked out on the meeting, saying he doesn’t have time for Saudi “propaganda.”

Not everything went as planned for one of LIV’s first meetings. Tennessee Congressman Tim Burchett didn’t care at all about Norman and LIV’s presentation. He up and walked out during Norman’s meeting with the Republican Study Committee, calling Norman’s presentation “propaganda,”According to Week of Golf.

Burchett later replied to a reporter’s tweet on the walkout and asked, “Weren’t Saudis flying some of those planes on 9-11 and what about their killing of @washingtonpost columnist #JamalKashoggi?”

Weren’t Saudis flying some of those planes on 9-11 and what about their killing of @washingtonpostColumnist #JamalKashoggi? https://t.co/r62JorqKR6

“LIV Golf is coming to the Hill this week to meet with lawmakers from both parties,”Jonathan Grella, spokesperson for LIV Golf, spoke to ESPN Monday. “Given the PGA Tour’s attempts to stifle our progress in reimagining the game, we think it’s imperative to educate members on LIV’s business model and counter the Tour’s anti-competitive efforts.”

Norman and his colleagues hope to persuade Congress to look seriously at the accusations against the PGA Tour of violating antitrust laws. LIV also hopes LIV will convince Congress to ignore the Saudi-backed Agency connection.

But Norman’s new LIV Golf league is backed by Saudi Arabia’s Public Investment Fund. Since day one, that connection has been one of the chief drawbacks for LIV’s reputation as a serious attempt at forming a rival league to the PGA Tour.

Another member of the Republican Study Committee is Rep. Chip Roy, R-Texas. He’s not a fan of LIV either. Roy called for an investigation by the Justice Department. Norman may have violated the Foreign Agents Registration Act by not being registered as a representative for the Saudi government.