﻿Greg Norman will appear in D.C., to talk LIV Golf with Congress 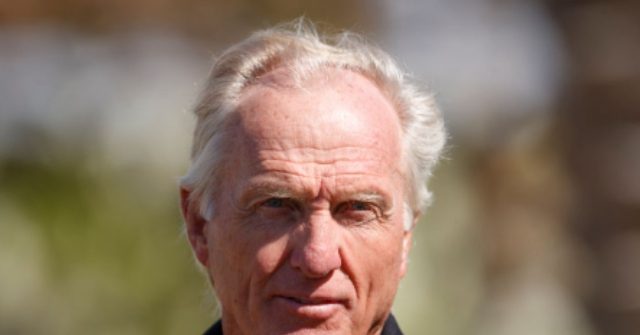 Greg Norman, LIV Golf’s CEO, announced his intention to visit Capitol Hill to discuss the creation of the league, the links to Saudi Arabia and whether the PGA Tour has an unconstitutional monopoly in the golf world.

“LIV Golf is coming to the Hill this week to meet with lawmakers from both parties,” LIV Golf spokesperson Jonathan Grella told ESPN. “Given the PGA Tour’s attempts to stifle our progress in reimagining the game, we think it’s imperative to educate members on LIV’s business model and counter the Tour’s anti-competitive efforts.”

Norman and LIV have accused the PGA Tour of illegally preventing the Official World Golf Ranking from including LIV golfers in its rankings of the world’s best golfers. Jay Monahan of the PGA Tour, is a board member of this golf ranking organization.

LIV is suing the PGA in an antitrust lawsuit saying that the tour illegally suspended players who jumped ship and joined LIV’s first tournament season. LIV claims that the Tour pressured golf vendors, agents and sponsors to abandon LIV.

To determine if the league acted as an illegal monopoly, the Department of Justice also launched an investigation.

Norman said that he had once been willing to meet with Monahan, the PGA and other people. However, that was no longer true. According to Norman, ESPN has no idea what he meant. “We have no interest in sitting down with them, to be honest with you, because our product is working.”

LIV has taken criticism for taking backing from Saudi Arabia’s Public Investment Fund due to the Arabic country’s spotty human rights record. Norman is expected to ask questions about those ties during his trip to Washington DC.