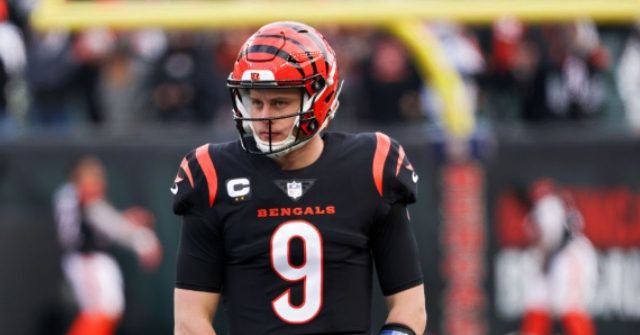 Fox News quotes Burrow saying, “With everything that’s going on, if you’re not going to outlaw everything, you’ve gotta at least make it harder to get those crazy guns that everybody is using.”

Burrow criticized the fact that people can go into a gun store and get the guns: “I don’t think you should be able to just walk in there and buy one. You gotta be able to go through a rigorous process to buy something like that, I think.”

Bengals QB Joe Burrow, on gun reform: “If you’re not going to outlaw everything, you’ve gotta at least make it harder to get those crazy guns that everybody’s using.” Here’s his full response, via @bengals: pic.twitter.com/xJo1dOWsBA

After emphasizing his desire that Americans not be able to “just walk in there and buy one,” Burrow said, “Hopefully the people who get paid to make those decisions figure that out. My job is to play football, but hopefully, the politicians will figure that one out.”

AWR Hawkins is an award-winning Second Amendment columnist for Breitbart News and the writer/curator of Down Range with AWR Hawkins, a weekly newsletter focused on all things Second Amendment, also for Breitbart News. He is the political analyst for Armed American Radio. Follow him on Twitter: @AWRHawkins. Reach him at [email protected] You can sign up to get Down Range at breitbart.com/downrange