Ay Caramba!: NFL Mistranslates Its Own Name on ‘Latinx’ Section of Website 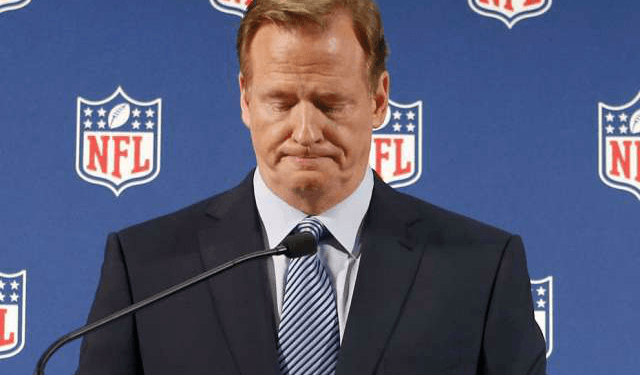 Despite polling that shows that American Hispanics do not like the term “Latinx,” the NFL has gone all-in by branding itself as the “Latinx ÑFL.”

A look at some of the recent page additions at nfl.com shows a whole section dedicated to “Latinx Por La Cultura.”

“Latinx communities have made their mark on the sport of football on and off the field. Like the Latinx community, the NFL is devoted to achieving excellence and cultivating diversity,” the sports leagues says in its introduction to the branding. “The ÑFL will always celebrate stories that elevate Latinx culture, inspire and propel youth towards their dreams, and build a unified path to greatness through sport.

Also, a little farther down the page, the NFL offers “Latinx ÑFL” branded merchandise for sale.

The problematic use of “Latinx” isn’t the only problem with the Hispanic pandering venture. Unfortunately for the league, its “ÑFL” conceit is burdened with an unnecessary tilde sign over the “N.” In Spanish, the NFL reads as, “La Liga Nacional de Fútbol.” There is no tilde necessary over the word “Nacional.” So, the addition of the grammatical flourish is gratuitous.

Not only does the @NFL have a section on its website titled “Latinx,” a term Hispanics despise, it calls itself ÑFL.

The problem is there is no tilde (~) in the Spanish translation of NFL: La Liga Nacional de Fútbol. pic.twitter.com/DRJkLwqpEA

This is amazing in so many different ways.

Not only does the @NFL have a “Latinx” section on its website, they drop the term and use proper gendered language in Spanish.

In fact, if the “Ñ”FL wanted to be grammatically correct in Spanish, it should be calling itself the LNF! Of course, the reality is that Spanish-speaking people wouldn’t care a bit if it was still just the good ol’ NFL even in Spanish just like it is in English. The name “NFL” is the brand and it doesn’t need tinkering in foreign languages.

Besides, all this re-branding and pandering to Hispanics is doomed to failure, anyway. Even as the “Ñ”FL pours its advertising dollars into all this “Latinx” rhetoric, few Hispanics even like to use the term.

Recent polls find that only white liberals use the term “Latinx,” and actual people of Hispanic origins have little use for the left-wing’s manufactured word.

According to a poll from ICR-Miami for Americano Media, only a tiny number of Hispanics have reported using the term “Latinx.” The poll found that only about 1.7 percent of Hispanics use the term.

The numbers aren’t much better among Hispanics who lean left.

Hispanic Americans who are registered Democrats said that the “Latinx” term is just as unpopular with them. The poll found that just 1.6 percent of Democrat Hispanics use the term “Latinx” to describe themselves, along with a scant 1.5 percent of Republican Hispanics.

Similarly, only two percent of Hispanic swing voters use “Latinx,” while nearly 55 percent prefer “Hispanic,” and 34 percent use “Latino.”

Clearly, the “Ñ”FL didn’t take much time to focus group this venture. 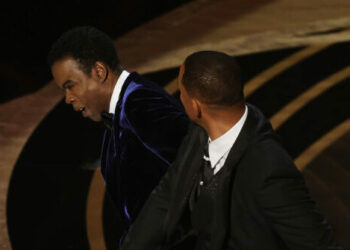 Serena Williams in Will Smith’s Chris Rock Slap: “We are all imperfect”

After Will Smith, an actor, slapped Chris Rock in front of the cameras at 2022 Oscars, television viewers saw horror...