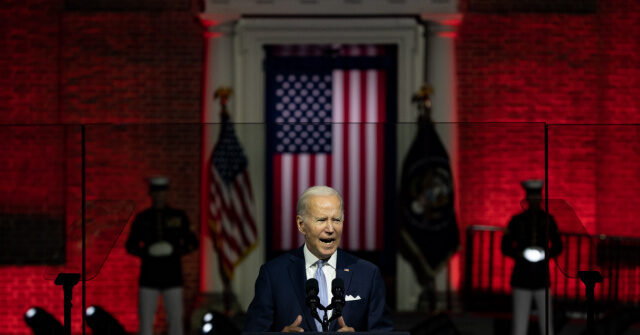 In an interview on ABC Friday, Kate Berner, Principal Deputy White House Communications director, said that while she would not identify any portion of the House GOP agenda with which the White House agreed, they had worked closely with Congress in the areas of infrastructure and semiconductor chip development.

Alexis Christoforous, host asked. “So, Kate, does the White House agree with any part of the GOP plan as it stands?”

Berner replied: “So, I don’t — I think there’s a huge difference in the approach of the president and Congressional Democrats and Congressional Republicans. As the president has said, we’ve been able to work with Republicans in Congress in a few places like the bipartisan infrastructure law, the CHIPS and Science Act, and that’s important. The president promised that he was going to work with Republicans in Congress where he could. But the vision that we’re seeing put forward today by Leader McCarthy is extreme, it’s ultra-MAGA, and it’s out of touch with what Americans around the country are looking for, and it’s just very, very different from the vision that the president has put forward and we believe that a majority of Americans around the country agree with.”

The GOP agenda includes, among other things, a select committee on China, investigating the origins of COVID, cutting the time to obtain permits to produce energy in America, and a parents’ bill of rights.