The Pro-Abortion Media admits that unborn babies have Senses, Emotions 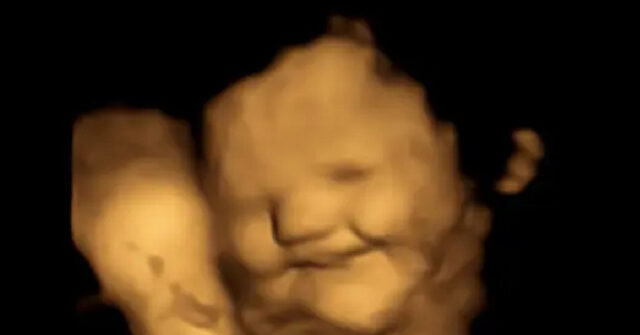 According to pro-abortion media, unborn babies are capable of feeling emotions and have the ability to sense the world around them. This is directly contrary the false belief that they are not human yet.

CBS News, The Guardian and the Today ShowA story was published/aired on Thursday about the scientific study that resulted in this “first direct evidence that babies react differently to various smells and tastes before they are born.”

“Fetuses are big fans of carrots but not leafy green vegetables — and show it in their faces, scientists said in a new study published Thursday,” CBS News reported. “A team of scientists studied 4D ultrasound scans of 100 pregnant women and discovered that babies exposed to carrot flavors showed ‘laughter-face’ responses. Those exposed to kale flavors, in contrast, showed more ‘cry-face’ responses.”

Fetuses are big fans of carrots but not leafy green vegetables – and you can tell by the look on their faces.
https://t.co/CrhlrvySm7

Pictures from a study that showed unborn infants making facial expressions in response to food are included in the stories. The CBS News Story has one photo with a subheading which states: “Fetus is seen apparently smiling after mother eats carrots. FM6 is described by researchers as ‘cheek raiser’ and FM12 as ‘lip-corner puller.”‘

This study was published by the journal Psychological Science, and includes scientists from Durham’s Fetal and Neonatal Research Lab and Aston University in Birmingham, central England. A team from the National Centre for Scientific Research in Burgundy, France, also assisted.

Why? @guardianReferring to unborn babies as fetuses and pregnant women as mothers. Improper and reckless!

Beyza Ustun, a postgraduate researcher and lead author of this study said that several studies from the past have been successful. “suggested the babies can taste and smell in the womb.”

“But they are based on post-birth outcomes while our study is the first to see these reactions prior to birth,” Ustun said. “As a result, we think that this repeated exposure to flavors before birth could help to establish food preferences post-birth, which could be important when thinking about messaging around healthy eating and the potential for avoiding ‘food-fussiness’ when weaning.”

“In other words, exposing the fetus to less ‘liked’ flavors, such as kale, might mean they get used to those flavors in-utero,” Blissett said. “The next step is to examine whether fetuses show less ‘negative’ responses to these flavors over time, resulting in greater acceptance of those flavors when babies first taste them outside of the womb.”

The host of the show discussed the findings in a discussion. Today ShowNBC News displayed photographs “some amazing baby faces”Live television: Refer to them as “babies”They should be used multiple times, not just once to sterilize their language using the term “fetus.”

Research shows that infants in the womb may react to flavors. pic.twitter.com/RVB7DsXNoc

It GuardianIts own story entitled: “Taste of kale makes unborn babies grimace, finds research,”Also, you can choose to use the term “babies.”

Pregnant women and their unborn babies between 32-36 weeks gestation were involved in the study — what would be considered a late-term pregnancy. Far-left Democrats argue that this is a growing trend. “pregnant people”Should be allowed to terminate the life of unborn children by abortion anytime during pregnancy.

“It’s almost like they’re humans and therefore have senses and emotions and stuff…Almost there,”Zuby is a British rapper.

So they are ‘babies’ now again? This is a great thing to be recognized in mainstream culture.

An uncommon (or accidental) moment in honesty.

Zuby was also quick to react. Today Show segment saying, “Ah, so they’re ‘babies’ again now? Glad to see this acknowledged in the mainstream. A rare (perhaps accidental) moment of honesty. Carry on.”

When needed, a baby can be regarded as a human being. If they don’t, she’s just a bunch of cells. https://t.co/qpVOQ6e1ZG

“A baby is only a human being when wanted. She’s a clump of cells when they don’t,”Life News was alerted.

“Fetuses?? Hey CBS news, its a baby and they clearly have feelings and reactions in the womb despite your agenda to dehumanize them,” the House Republican Policy Committee wrote.

They don’t like certain things. Being surgically removed from the womb. https://t.co/4M9qK1zBkX

“You know what they’re also not big fans of? Being surgically torn apart in the womb,” Virginia State Rep. Nick Freitas said.