Nandy: 13-year-olds should be ‘taken seriously’ by gender changes 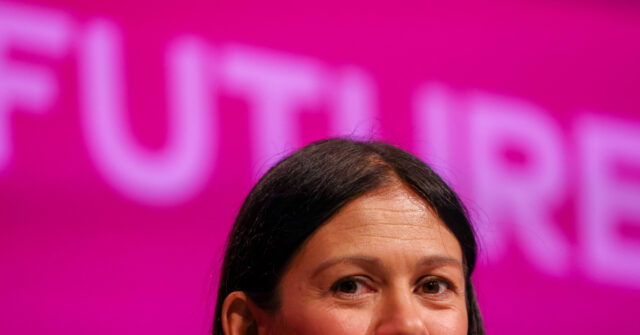 Top Labour MP, David Cameron has stated that children as young as 13 years old should be protected “taken seriously”If they say they would like to change their gender,

Lisa Nandy, the member of parliament for Wigan Sir Keir Starmer’s shadow levelling up secretary, suggested that the government should remove the “bureaucracy” and “hurdles”Standing in the way of children changing their gender

She answered Times Radio’s question about whether 13-year old girls should have the right to choose their gender. The Telegraph: “I think they deserve to be taken seriously.”

“Eighteen is largely the age where we believe that young people become adults and can make decisions for themselves,”Nandy added. “But we do have inconsistencies in the law in this country. We believe, for example, that there are certain things that you can do at the age of 12, like the age of criminal responsibility.”

“When I talk to teenagers in my constituency, I’ve got someone who’s been going through this process, since the age of 13, is now 19, and has only just been able to access treatment,”She continued. “We’ve got to get rid of the bureaucracy, get rid of the hurdles. We’re failing an entire generation of people.”

Though Nandy would likely serve in the cabinet of Sir Keir Starmer should he be elected prime minister, it appears that the left-wing party is split on the issue of children, with Starmer saying that he felt 16-years-old was still to young to legal change one’s gender.

Nandy has previously expressed radical views on gender, including calling for biological men to be allowed into all-female prisons if they identify as female, regardless of the crimes they have committed, such as rape or sexual assault.

It comes as the leftist-controlled local devolved Scottish government, which functions similarly to a state government in the United States, has come into conflict with Rishi Sunak’s administration in Westminster over the issue of children and transgenderism. The ruling far-left separatist Scottish National Party (SNP) of Nicola Sturgeon saw its attempt to allow children as young as 16 legally change their gender blocked by Sunak’s government earlier this week.

Meanwhile, four members of the Labour Party have come under criticism for attending a rally alongside transgender ex-convict Sarah-Jane Baker, who spent 30 years behind bars for attempted murder of another inmate after being incarcerated for kidnapping and torturing a step-relative.

The left-wing MPs, Angela Eagle, Llyod Russell-Moyle, Nadia Whittome, and Olivia Blake  denied that they were sharing space with a convicted criminal.

A spokesman for the party said: “The MPs attended the demonstration at the invitation of the organisers, London Trans Pride. The MPs were only there for a short time, gave their speeches, and left immediately to go vote. They were not aware of Sarah Jane Baker’s comments or previous interactions.

However, footage posted online from the Tottenham Conservatives’ Twitter page appeared to show the MPs standing and listening to Baker admit to being a convicted criminal.

Harry Miller also filmed at the demonstration and spoke out for the Daily Mail: “Labour has gone from championing the working class to championing a minority cause led by the sad, the dangerous and the deluded. They shouldn’t be anywhere near power.”