McCarthy: Biden Documents “All along” – Someone knew this and told his lawyers to look 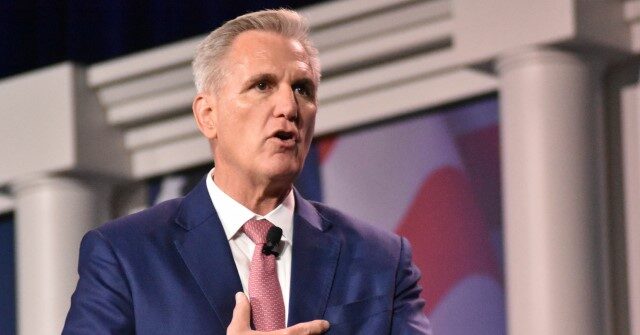 On Friday’s broadcast of the Fox News Channel’s “Jesse Watters Primetime,” House Speaker Rep. Kevin McCarthy (R-CA) stated that someone must have known President Joe Biden had the classified documents found by his attorneys because the attorneys wouldn’t be looking without someone telling them to do so.

McCarthy stated: “They say the attorneys found these documents. Who told the attorneys to look there? Somebody else knew the documents were there all along. Otherwise, why would the attorneys even look? But it’s just a pattern. Remember what today is, it’s the two-year anniversary of Joe Biden being sworn in as President. So what do we get for a two-year anniversary? We now find out 4.5 million people have come across the border illegally. That’s just the ones they’ve counted. Last month, 250,000, a record, never before in American history have we watched that. That happened in December. Inflation like we haven’t seen in 40 years. And now you find out, not only were you lied [to] about the laptops before the last election, now we were lied [to] about and not told that they had documents, that they raided another president, that they don’t believe justice is equal. They believe justice should be served on people they politically disagree with and that they are above the law. That’s what two years of Joe Biden’s presidency has given us.”