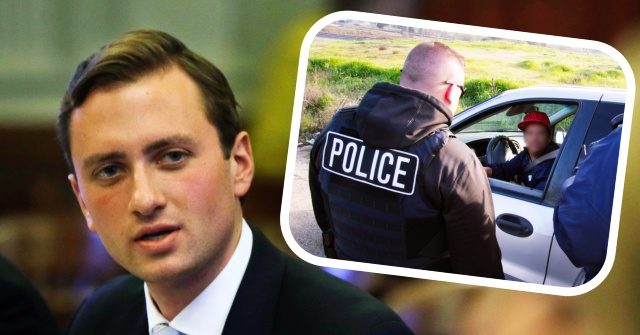 This week, Massachusetts Democrats in the state legislature overrode a veto from Gov. Charlie Baker (R) on legislation that will allow illegal aliens to obtain driver’s licenses starting July 1, 2023 after passing a written and road test.

“Then they head up 93 to do the same in our backyard,” the House Republican candidate said. “This law [allowing illegals to obtain driver’s licenses] will only further embolden the gangs and drug dealers who are poisoning our communities and killing our children here in New Hampshire.”

The bill received Republican pushback, noting that providing driver’s licenses to illegal aliens could result in many being mistakenly registered to vote in the state.

Additionally, the open borders lobby, with the help of elected Democrats, has made securing driver’s licenses for illegal aliens a key fixture of their agenda to eliminate privileges meant for American citizens and legal immigrants.

“We need to hold liberal states like Massachusetts accountable for the destruction they are causing by embracing illegal immigration,” Mowers added. “We must once and for all defund sanctuary cities and redirect their funding to build the wall.”

Mowers worked in Trump Tower during the 2016 campaign and served on former President Donald Trump’s transition team, and then was a senior White House adviser at the State Department before he ran as a Republican against Rep. Chris Pappas in 2020.

He’s running in a crowded Republican primary on September 13, looking for another chance to unseat Pappas after the congressional district was newly redrawn.