Mark Meckler is optimistic about a Convention of States for 2026 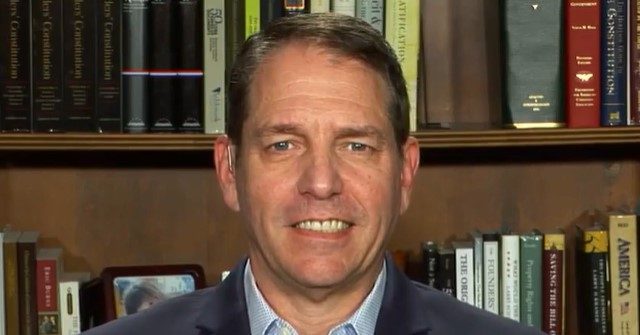 Meckler referred to Article V, which contains two clauses describing how the United States can amend its Constitution.

“The first way is, whenever two-thirds of both Houses of Congress decide an amendment is necessary, they can propose that amendment and put it out to the states for ratification, and it takes three quarters of states to ratify that amendment,”He explained by pointing out the second clause which states that two-thirds can meet to act if Congress fails to act.

“The method is, the state legislatures alone — no governor’s signature necessary —  when the majority of both houses of the state legislature say they want to call a convention, they pass a resolution calling for that convention. And then they submit that to Congress and when 34 states have done that, then the convention is called,”He stated that his organisation is involved in these activities.

Signing of the Constitution of the United States with George Washington and Benjamin Franklin at the Constitutional Convention of 1787. Oil painting on canvas by Howard Chandler Christy. 1940. (GraphicaArtis/Getty Images)

“We have a resolution being proposed in all the state legislatures. The resolution basically says it has three subject matters. It says that the convention once called will discuss anything that would impose term limits on federal officials and Congress. So that’s Congress plus bureaucrats and staffers — the deep state. [It] says … you can discuss anything that would impose fiscal restraints on the federal government like a balanced budget amendment, tax caps, spending caps. And it says they can discuss anything that would impose scope and jurisdiction restraints, and that means telling the federal government what it can’t do, things that they never should have done, like being involved in education or energy or healthcare. We could do away with those kinds of agencies. So that’s the basic process and how it works,”He explained that he agreed with this because it is difficult for Congress members to vote on term limits for themselves.

“People don’t restrain themselves. That’s just not how human nature works. And what we know from Madison’s notes of convention, is that there wasn’t even any debate. This was not something people thought, ‘Oh, well, that seems like a crazy idea.’ They all kind of slapped their foreheads and said, ‘Well, yeah, of course we’re gonna need to restrain them,’”He stated.

19 states have so far passed the resolution calling for a Convention of States, which puts us at half way to the 34 needed.

“So we need another 15 states to go to get it done. We’re just starting legislative sessions this year,” he said, hoping to add several states this year as the organization is active in North Carolina, Montana, Idaho, Iowa, Wyoming, and “all over the country.”

19 States have called Article V of Constitution into force. Terms Limits Fiscal restraints, and 3. The feds may also be subject to other limitations.

D.C. won’t fix itself. The Founders provided a safety valve. SIGN this petition. Save America, help us! https://t.co/7dLWODZKKI #OmnibusBill pic.twitter.com/f4msbQn3XJ

“I expect this year that will pass at a minimum or more — kind of the mantra is 23 in ’23. I expect that we’ll pass number 20 here pretty quickly. I’m going to be in Wyoming in the next few days. That’s looking very good. Montana looks very good,”He predicted that at least four to seven states would pass this resolution in the coming year.

He pointed out that there is no limit to the time of resolutions unless they are put in by states with a sunset clause.

“I’m always an optimist. I want to say that upfront, you know, doing what I do over the long haul, you’ve got to be an optimist. And so right now I’m shooting for closing this out in 2026,”He added.