Glaude: Anti-CRT, ‘Cease the Steal’ Are A part of ‘Racist Retrenchment’ 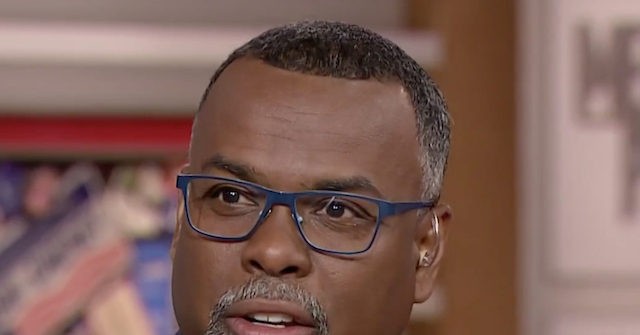 Princeton professor Eddie Glaude, Jr., on Monday on MSNBC’s “Deadline,” mentioned people who find themselves anti-Crucial Race Idea and believed the 2020 election was stolen from former President Donald Trump had been a part of an extremist “racist retrenchment.”

Glaude mentioned, “With the holiday, we now have an occasion to think about the second founding. That is to say, the emergence of the U.S. nation-state shorn of slavery, not racism, but it’s the second founding where the U.S. nation-state is born without the institution of slavery. Although the 13th Amendment is passed about six months later, ratified 6 months after Juneteenth, Juneteenth still symbolically represents the end of slavery in the United States.”

He added, “With the collapse of radical Reconstruction, there is a kind of violent backlash, a kind of betrayal, and that betrayal comes with the lost cause. It comes with a history that is being written that writes out the violence that obscures what we have done as a nation. So, it makes sense that in a moment where we see racist retrenchment, where we see extremist forces on the rise trying to in every way, undermine our democracy, that there would be this anti-CRT movement, right? No matter what you think about Critical Race Theory, we need to understand the relationship between Critical Race Theory and White Replacement Theory, that they go hand in hand. We need to understand its relationship to Stop the Steal and voter suppression. They go hand in hand because we saw it at the latter part of the 19th century, as Jim Crow was taking root and the ideology of Anglo-Saxonism was overrunning the country.”