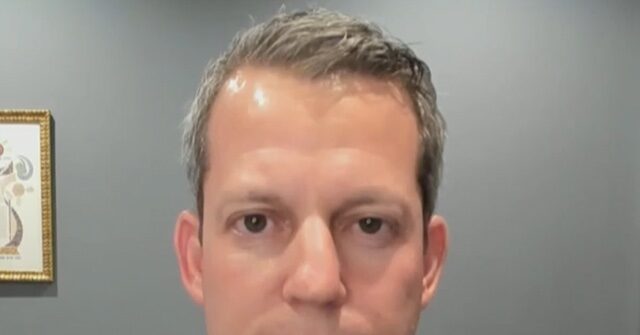 Chris Hayes was the Anchor “Last August, DeSantis suspended Andrew Warren over his pledge not to bring criminal charges against people seeking or providing abortions. Today, a judge ruled he violated the First Amendment but declined to order his reinstatement.”

Warren said, “We had been doing exactly what the voters elected us to do and then out of the blue, on August 4 of last year, I was forcibly removed from office by armed deputies after the governor suspended me.”

He continued, “I was suspended because my view of criminal justice and my mission in state attorney did not fit with Ron DeSantis’s political agenda.”

He said, “The judge found the governor violated both federal law and state law. He violated my First Amendment rights. He violated the Florida Constitution. What the judge said is that the judge lacks the ability and power to reinstate me, but he called on the governor to do it himself. This is the question, what type of man is Ron DeSantis? Is he a man that is true to his word? A man that believed in the rule of law? Or is he just totally full of it? He’s all talk in no action, a coward that is unwilling to, even after called out by a federal judge for having broken the law.”

Warren concluded “Governor DeSantis has shown that he is more concerned with pulling political stunts than he is with solving problems for people, and that is really dangerous. People in positions of power without a moral compass are dangerous. politicians who are willing to do anything to promote their own political ambition to get a vote or applies are dangerous. Here we have someone who is now rumored to be running for president, who wants to represent the American people.”