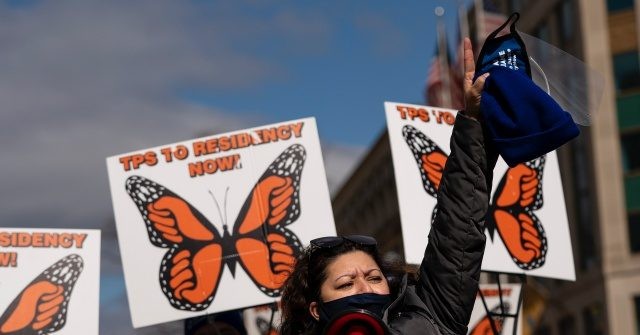 House and Senate Democrats have pleaded with President Joe Biden for the opening of American taxpayer-subsidized Obamacare rolls for thousands of illegal aliens who are enrolled in Deferred Action for Childhood Arrivals.

In a letter signed by 86 House and Senate Democrats, the lawmakers beg Biden’s Department of Health and Human Services (HHS) to rescind a federal regulation that would open Obamacare to DACA illegal aliens — paid for by American taxpayers.

“We strongly encourage HHS to honor our country’s promise of full integration and support of DACA recipients, including access to affordable health care through [Obamacare] by rescinding this regulation,”They wrote:

It is vital that the government does not lose its resolve to increase coverage for illegal immigrantsThese include DACA recipients. Removing the harmful regulation is a way to keep that promise.. [Emphasis added]

According to the Democrats group, Biden promised that he would open tax-subsidized healthcare benefits for illegal aliens who are in the United States during his campaign in 2020.

The platform promised that it would allow 11 to 22 million illegal aliens in the U.S., as well as low-income legal immigrants, to obtain healthcare coverage through the federal marketplace.

As Breitbart News reported at the time, providing free health insurance benefits to all illegal aliens in the U.S. would cost American taxpayers anywhere between $23 billion to $66 billion every single year — a potentially up to $660 billion bill for taxpayers every decade.

Already, American taxpayers are forced to annually subsidize about $18.5 billion in medical costs for illegal aliens, according to estimates by Chris Conover, formerly of the Center for Health Policy and Inequalities Research at Duke University.

House and Senate Democrats have been urging Biden not only to make Obamacare available to DACA illegal aliens but are also lobbying 10 Senate Republicans for support in passing amnesty legislation for approximately 3.3 million illegal aliens.

John Binder is an editor at Breitbart News. Email him at [email protected] Follow him Twitter here.