Cuellar: Border Communities Ignored by People Are Now Talking about Border Because it Ended up in their Backyard 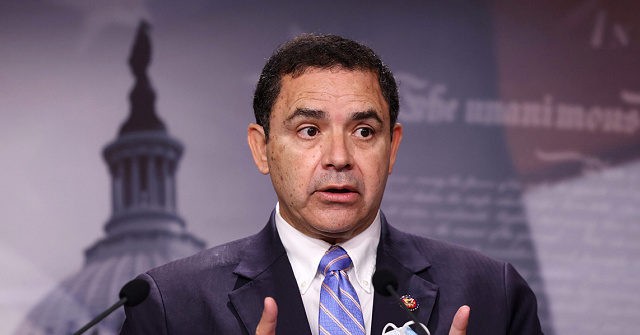 On Tuesday’s broadcast of the Fox News Channel’s “Your World,” Rep. Henry Cuellar (D-TX) said that there wasn’t concern about the welfare of those coming across the border until they ended up in New York City, Washington, D.C., Chicago, and Martha’s Vineyard and “Nobody was listening to the border communities for years. And now, that it’s happening in their own backyard, they’re talking about it.”

Cuellar said, “Well, certainly, one of the things that we see [is] that when something happens in your own backyard, then it becomes a problem itself. What we are looking at is there is some theater involved here. It has gotten the attention. That’s what we’re talking about right now. But I’m more interested in practical solutions. And one of the practical solutions is that we’ve got to give our men and women of Homeland, Border Patrol, ICE, CBP, the power where they can enforce the repercussions. That is, you treat people with respect, and then, at the end of the day, if they don’t qualify, then you have to deport them. And we’re not showing any people being deported.”

Neil Cavuto was then interviewed. “But I don’t hear the rage — I know you’re trying to deal with this. You’ve lead a bipartisan effort…to try to get something hammered out. But I don’t remember concerns or worries about the welfare of those coming in from the border until those coming from that border ended up in these cities and towns.”

Cuellar responded, “Yeah, I mean, without a doubt, that’s the truth. I mean, for many years, as you know, over the years, I’ve been talking about the border saying, hey, it’s okay to listen to immigration activists, but who’s listening to the men and women in green? Who’s listening to the border communities? And this humanitarian relief [with] FEMA, I actually started this program in 2014, and then, in 2017, we reformed it. That money has been there and it took me years, years to get this done. And now, it’s happened in some other people’s backyard, and all of a sudden, oh,  we’re going to add more money. We’re going to add money. Nobody was listening to the border communities for years. And now, that it’s happening in their own backyard, they’re talking about it.”