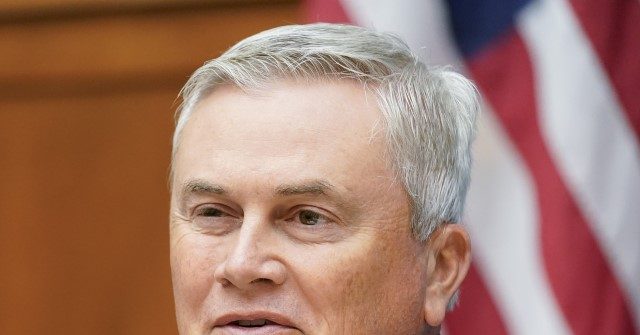 Representative James Comer (R-KY) said Friday on FNC’s “Your World”The Department of Justice was abusing their power by failing to turn over documents that were requested by Congressmen.

Anchor Neil Cavuto said, “Now looking into these documents. It seems to be hurry up and wait not only for you but Jim Jordan and the Judiciary Committee. The Justice Department is focusing on the general counsel handling this, and now you guys.”

Comer stated, “It’s hard to imagine a worse cabinet than Homeland Security right now. I would welcome you to look at the Department of Justice. They’re abusing their power. They have politicized and weaponized the Department of Justice. They’re doing everything to possibly obstruct meaningful congressional oversight, whether it’s from my committee or the Judiciary Committee. This is unfortunate. That’s what these committees are supposed to do.”

Cavuto stated, “Where are they making life difficult for you? I know what you’re saying. We’ve heard the same elsewhere. They’re putting their emphasis on dealing with the special counsel and parceling it out that way. I don’t know all the behind-the-scenes stuff going on. But it seems like a hurry up and wait deal.”

Comer stated, “Yeah, we have jurisdiction over the national archives. They’re the agency at the center of this document drama.”

He continued, “It’s not right. The National Archives will pay the price for it. Look, they’re an agency who has created a lot of chaos here. There have been mistakes made, apparently. There needs to be reform of how documents are transported once a president or vice president leaves office.”