Chamber of Commerce: Obama’s DACA Illegals Are ‘the American Dream’ 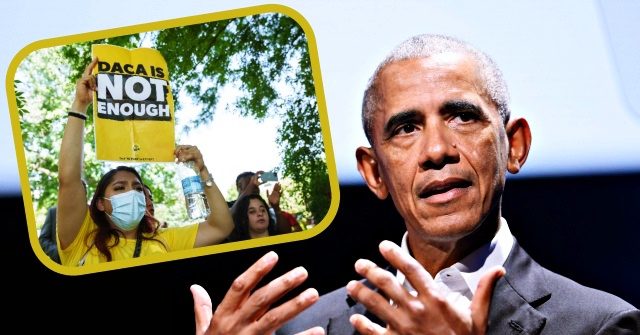 Neil Bradley with the Chamber of Commerce marked the anniversary of DACA by calling on Republicans to work with Democrats to pass amnesty for the millions of illegal aliens enrolled and eligible for the program.

“It is outrageous and unacceptable that after a decade of debate, Republicans and Democrats in Congress have not been able to come together and enact legislation to protect the hundreds of thousands of Dreamers,” Bradley wrote in a statement:

Brought here as children, the vast majority of these young men and women know no other home than the U.S. They have been educated here and they contribute to their communities and the businesses where they work. Some have even started their own business where they employ other Americans. That is the American Dream. [Emphasis added]

Because of Congress’s inaction, our neighbors, coworkers, and friends who happen to be Dreamers face tremendous uncertainty about whether they will be allowed to remain our neighbors and coworkers. Providing these individuals with permanent legal status is not just good for our communities and the economy, it is the right thing to do. [Emphasis added]

For months, the Chamber has been lobbying Republicans in Washington, D.C. to advance amnesty for illegal aliens and double legal immigration levels to bring in more than two million foreign nationals a year on green cards and visas.

As Breitbart News reported, from 2012 to 2018, more than 53,000 illegal aliens were awarded DACA despite having prior arrest records including for crimes like murder, kidnapping, rape, child pornography, and sex crimes.