CBS’ O’Keefe : Biden has taken ‘No action’ on the Migration Patterns he Complains About. He’s ‘Trying not to have a conversation’ 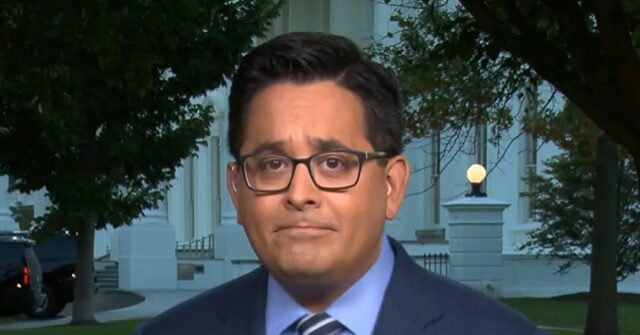 On Tuesday’s broadcast of “CBS Primetime,” CBS News Senior White House and Political Correspondent Ed O’Keefe said that President Joe Biden “has been allergic to the issue” of immigration and that the only thing he’s done is put out an immigration bill on his first day “to appease a certain segment of the electorate,”Biden took the office “no action”We need to understand shifting migration patterns.

O’Keefe stated, “Well, these specific flights that have been chartered by Republican governors or the donors who love them, there hasn’t been much of a response. … If anything, what it is is, the White House says, well, if Republicans are really serious about this, let’s get together and write some legislation, and then they point to the fact that, on his first day in office, they introduced a big comprehensive immigration bill. The problem is, they haven’t done anything about it since. And so, in essence, it was released that day to appease a certain segment of the electorate, predominately Latino voters, progressives who have been concerned about this, the business community, to some extent…but you haven’t seen much movement on that issue at all since.”

He stated that White House had been focusing on other matters and “Presidential attention and Presidential muscle can be put behind something, and this President has been allergic to the issue.”

O’Keefe added, “He [Biden] says, well, it’s different, the challenge I’m facing is different. And yet, there’s been no action, right? He’s here at the U.N. this week, for example, could he not say to the Cuban, Nicaraguan, and Venezuelan officials who are here, hey, why are you letting this happen? Why not carve out some time to say to the Guatemalans, the Salvadorans, the Mexicans, again, why do people still feel compelled to leave your country?”Und “He has focused on so many other urgent issues, and they are urgent. But here again it comes. And they have tried to put this off for so long, and at this point, now, they’re trying to avoid the conversation going into November.”