Blackburn: Biden White House Is Trying to Sneak in Disinformation Board with ‘Harassment and Abuse’ Task Force 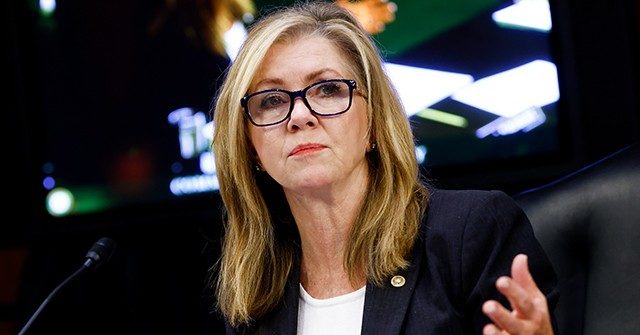 On Friday’s broadcast of the Fox News Channel’s “America Reports,” Sen. Marsha Blackburn (R-TN) stated that the newly-announced White House Task Force to Address Online Harassment and Abuse is an attempt to sneak in the scrapped DHS Disinformation Governance Board and remarked that the task force will have difficulty accomplishing its mission of combatting harassment against women because “they can’t define a woman.”

Blackburn stated, [relevant remarks begin around 3:40] “Well, they couldn’t get their government disinformation board in place. So, now, they’re going to try to do it and say that it’s all about protecting women, but they can’t define a woman. So, I don’t know what they’re planning to accomplish. There is legislation in place that would put online privacy in place and do it in a bipartisan manner. There’s the Kids Online Safety Act that could be passed that would help with this. But they don’t want to do that. They want to talk about it, they don’t want to have anything done about it. Because they need big tech to stay in cahoots with them and continue to censor conservatives in the online space. We’re fighting back against that every day.”