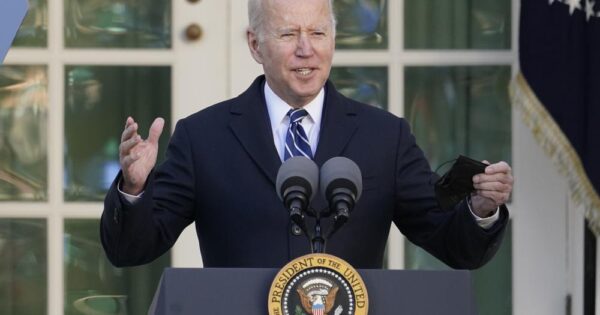 In an abrupt change of course, the White House is now declining to comment on the frequency of President Joe Biden’s COVID-19 testing regimen, even as it maintains that it would inform the public if he were to ever test positive for the coronavirus.

Since Inauguration Day, the White House had frequently answered questions from reporters about when Biden, 79, last tested negative for the virus. Now, the White House says its policy is not to answer those questions.

“I’m telling you he has a regular cadence,” White House press secretary Karine Jean-Pierre said Thursday, refusing to say what day he last tested negative. “I just don’t have a date to share with you, but he does have a regular weekly cadence.”

Following Jean-Pierre’s comments, deputy press secretary Chris Meagher tweeted Thursday that “Our policy is not to readout every test POTUS has taken.”

Biden has often been tested more frequently, either because of close calls with people who have subsequently tested positive for COVID-19 or because of his travel schedule. And the White House had previously been more transparent about Biden’s testing.

“To remain transparent with you and the American people, we wanted to share that the President tested negative for COVID-19 on Monday,” then-White House press secretary Jen Psaki said last February. “We will venture to provide this update the following day in the future.”

As recently as May 4, Psaki told reporters that Biden tested negative the previous day.

The new, more opaque approach comes as top White House officials have been matter-of-fact about the chances of the president getting COVID, a measure of how ingrained the virus has become in society — and of its diminished threat for those who are up to date on their vaccinations and with access to treatments.

Jean-Pierre said Thursday that the White House would inform the public if Biden were to test positive or if he were to be deemed a “close contact” of someone who tested positive.

The White House uses the Centers for Disease Control and Prevention definition of a “close contact,” which is being in the presence of someone with known or suspected COVID-19 for more than 15 minutes, or within six feet of someone with the virus up to two days before they tested positive.