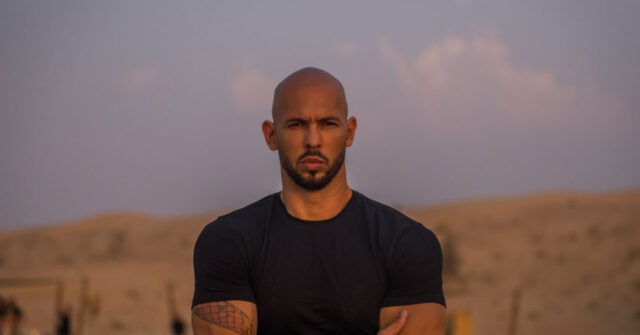 Emory Andrew Tate III, one of the internet’s most controversial figures this side of Alex Jones and Donald J. Trump, has seen his account reinstated on Twitter following Elon Musk’s takeover of the Silicon Valley tech giant.

After becoming a social media celebrity and half-British-American fighter, he was subject to a massive purge from leading social media firms earlier in the year. He had become one of the most sought-after individuals on the globe, as well as a prominent character on TikTok, where a lot of traffic is generated by content featuring him.

Tate, who has his headquarters in Dubai and Romania, claims to have subverted Western cancellation culture by opening his own bank in Estonia. Tate has also created a money-making program, asserting that the course provides non-curated information. His message of pro masculinity, coupled with personal responsibility, made him a social media celebrity. But, his critics called him a legacy media critic for what he described as “inappropriate” behavior. “misogynistic” rhetoric.

Fear of death is not something I fear. More importantly, I don’t fear life.

Tate was reinstated on Twitter in his trademark bombastic style. declared: “I am the last super hero of masculinity as every other ‘man’ has glaring obvious failings. Only I am absolutely complete and perfect in every possible way. I am the last hope for man kind. I will save everyone. All of you. Top G.”

In just hours after his platform reinstatement, his followers soared from around 400,000 to over one million.

Tate said last month that he had spoken out about his earlier ban attempts. “The matrix attacked me and they very specifically deleted anything that was positive about me even on Google search, anything positive was removed in real-time. First, they delete you and then they lie about you. That’s how they attack.”

“It’s absolutely and utterly coordinated. I think they all work together. The problem is, if you’re banned in one place, you can speak on the other platforms. And when they ban somebody, they have to be very, very careful that they alter public consciousness in real-time. They have to lie about you and convince the world that you’re dangerous.”

Every single application known to mankind banned me.

The only thing I have is a Jet to take my Bugatti to wherever it needs to go. pic.twitter.com/wzGmycNgEb

Tate was restored alongside several other accounts, including that of President Donald Trump. However, Elon Musk refused to ban Alex Jones and others. Tesla’s owner, however, refused to discuss the matter of ending Infowars host’s censorship. responded “No”. The CEO of Twitter has also pledged to keep the shadow-banning policy against hate speech.

In an interview prior to his reinstatement with Valuetainment’s Patrick Bet-David in September, Tate said of the Tesla chief’s acquisition of Twitter: “Man I love Elon, and I love that he is a man of purpose, and I have so much respect for men of purpose.

“He decided to risk it all again, to try and achieve the most impossible… for some reason there’s some new mountain to climb and that is what’s beautiful about men as a whole, all of the exploration on the planet, the deep sea Antarctica, Mount Everest, all of it, was a man who had enough and thought, no, I’m gonna go anyway.”

“I have so much respect for him because he doesn’t need to do any of the stuff he’s doing and he’s adopting the biggest problems in the world and all the headache that comes with it…  he’s adopting it anyway and those are the kind of men we need more of.”

Despite the much-debated decision to reinstate the account of former President Donald Trump — after a poll of over 12 million users voted to bring back the now 2024 presidential candidate — the former president has yet to decide to return himself, choosing so far to promote his own platform, Truth Social, rather than reclaiming his old Twitter account.