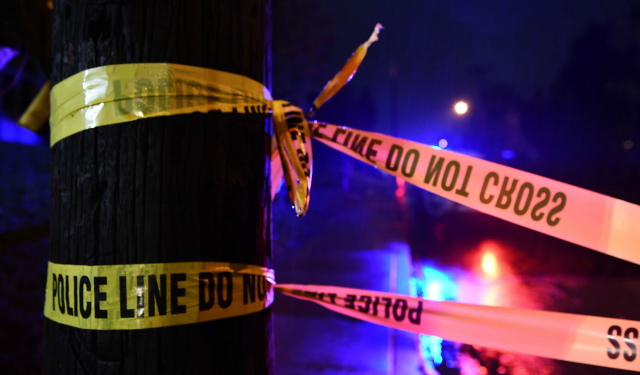 An alleged intruder who was shot by a Tulsa, Oklahoma, homeowner Tuesday afternoon was found dead in the residence’s driveway when officers arrived.

KRMG reports an elderly homeowner “saw a man breaking into a window in his home”It was approximately 30 minutes past noon on Tuesday.

The homeowner fired his gun at the intruder and he was hit at least once.

The suspect ran off and “made it to the driveway of the home where he collapsed and was pronounced dead.”

Tulsa World quotes police Capt. Richard Meulenberg summarizing the last few seconds of the alleged intruder’s life: “The suspect jumped back out the window, ran from the back of the house to the front of the house, collapsed on the ground, and when first responders arrived we pronounced him deceased at that time,”

An elderly homeowner believed there were more than one suspect intruder. A police K-9 search was conducted to ensure that the area was safe.

AWR Hawkins has been awarded the Second Amendment Columnist of the Year by Breitbart. and the writer/curator of Down Range with AWR Hawkins, Weekly newsletter that focuses on the topic ofN alBreitbart News also has the Second Amendment. He is the political analyst for Armed American Radio and a Turning Point USA Ambassador. AWR Hawkins is a PhD candidate in Military History with a special focus on Vietnam War (brownwater navy), U.S. Navy Since Inception, Civil War and Early Modern Europe. You can follow him on Instagram @awr_hawkins. You can sign up to get Down Range at breitbart.com/downrange. Reach him directly at [email protected]