Ukraine on the brink? Russia controls most of this key city 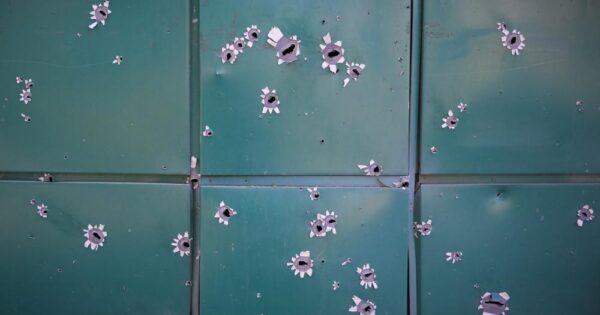 Russian troops control about 80% of the fiercely contested eastern Ukrainian city of Sieverodonetsk and have destroyed all three bridges leading out of the city but Ukrainian authorities are still trying to evacuate some wounded residents, a regional official said Tuesday.

Serhiy Haidai, governor of the eastern Luhansk region, acknowledged that a mass evacuation of civilians from Sieverodonetsk now is “simply not possible” due to the relentless shelling and fighting in the city.

Ukrainian forces have been pushed to the industrial outskirts of the city because of “the scorched earth method and heavy artillery the Russians are using,” he said.

“There is still an opportunity for the evacuation of the wounded, communication with the Ukrainian military and local residents,” he told The Associated Press by telephone, adding that Russian forces have not yet blocked off the strategic city.

About 12,000 people remain in Sievierodonetsk compared to its pre-war population of 100,000. More than 500 civilians are sheltering in the Azot chemical plant, which is being relentlessly pounded by the Russians, according to Haidai.

In all, 70 civilians have been evacuated from the Luhansk region over the past 24 fours, the governor said.

Russian forces in the last few weeks have pressed hard to capture Ukraine’s eastern Donbas area, which borders Russia and is made up of the regions of Luhansk and Donetsk. It is the industrial heartland of the country.

Jan Egeland, the Secretary-General of the Norwegian Refugee Council, one of the aid organizations supplying food to the people there, said the fighting of the past weeks have made regular food distribution impossible.

“The situation is difficult,” Ukrainian President Volodymyr Zelesnkyy said in a news conference on Tuesday with Danish media. “Our task is to fight back.”