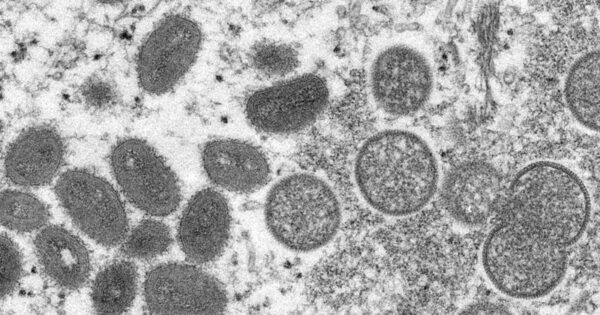 British health officials reported another 50 cases of monkeypox across the country on Friday, for a total of 574 cases. That makes the U.K.’s outbreak the biggest to date beyond Africa.

In a statement, Britain’s Health Security Agency said most of the cases have been identified in gay or bisexual men, but warned that anyone who is in close, physical contact with someone who has monkeypox is at risk of catching the usually rare disease.

“If you have a rash with blisters, or any other monkeypox symptoms, don’t go to events, meet with friends or have sexual contact,” cautioned Dr. William Welfare of Britain’s Health Security Agency. He said people who might have been exposed to the disease should stay at home and call health services for advice.

The World Health Organization has said people with monkeypox could be infectious for up to four weeks and advised them to isolate until they have completely recovered.

Globally, more than 30 countries have reported 1,880 infections in countries that don’t typically report monkeypox, with 85% of cases in Europe. No deaths have been reported.

Until last month, monkeypox had only caused sizeable outbreaks in central and west Africa; the continent has so far reported more than 1,500 cases and 72 suspected deaths in a separate epidemic.

Earlier this week, the World Health Organization’s Director-General Tedros Adhanom Ghebreyesus described the continued spread of monkeypox in countries that haven’t previously seen the disease as “unusual and concerning.”

He said he would be convening an expert meeting next Thursday to decide if the expanding monkeypox outbreak warrants being declared a global emergency. That would give it the same designation as the COVID-19 pandemic and the ongoing effort to eradicate polio.

Sponsored: Do NOT Take CBD Until You Read This