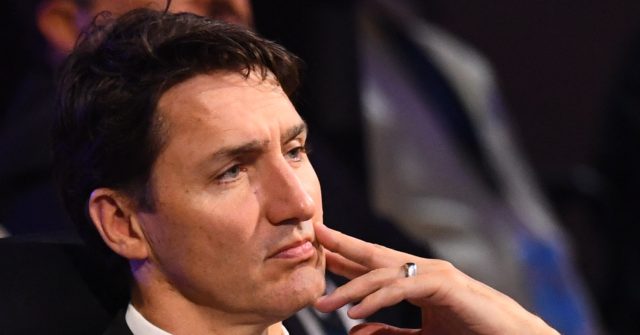 The government of Canadian Prime Minister Justin Trudeau will suspend restrictions that banned unvaccinated Canadians from air travel and train travel within and outside of Canada after growing pressure on Monday.

The Trudeau government announced the restrictions, which banned unvaccinated people from boarding aeroplanes for travelling outside and inside of Canada as well as trains travelling to other provinces, on Tuesday, stating the restrictions would be lifted on June 20th, this coming Monday.

Minister of Intergovernmental Affairs Dominic LeBlanc stated that the lifting of restrictions may only be temporary depending on the Wuhan coronavirus situation in Canada and claimed the Trudeau government did not regret banning the unvaccinated from air and train travel, broadcaster CBC reports.

Many restrictions will remain in place, however, including regulations that state unvaccinated Canadians returning to Canada must meet testing and quarantine requirements or face fines of up to $5,000 and possible criminal prosecution.

The vaccine mandates for air and train travel have been in place since October of last year and as many other countries dropped their vaccine entry requirements, pressure began to build on the Trudeau government to drop Canada’s measures as well.

Last month, the  International Air Transport Association (IATA) urged the Canadian government to drop the vaccine mandates, stating that the coronavirus restrictions were contributing to passenger wait times at airports, which had quadrupled in some cases.

“The relevant authorities must urgently consider removing the last remaining travel-related COVID-19 restrictions and work with the industry on policies and processes which will allow passengers to pass through airports with no undue delay,”  IATA’s regional vice-president for the Americas Peter Cerda said.

Alexis von Hoensbroech, the CEO of Canada’s second-largest airline WestJet also slammed the continued restrictions at the end of last month saying, “Vaccine mandate for air travellers and employees needs to be dropped. As vaccines are not preventing the spreading of the virus since omicron, there is no more logic to maintain it. This will also relax some of the operational challenges at the airports.”

The Trudeau government has been reluctant to give up any coronavirus-related restrictions and went as far as invoking the Emergencies Act earlier this year on Freedom Convoy protestors in Canada’s capital Ottawa, the first time the act had been used, to clear honking trucks and others gathered around the Canadian parliament.

‘You Are a Disgrace’ – European Politicians Slam ‘Neo-Marxist’ Trudeau Over Freedom Convoy Crackdownhttps://t.co/Ofz4RLmIyU

In recent weeks, a parliamentary inquiry into the use of the act, which also saw people have their bank accounts frozen and others arrested, revealed that despite repeated claims by Trudeau’s Safety Minister Marco Mendicino that police requested the use of the act, no law enforcement or intelligence agency called for its invocation.

Mendicino later claimed he had been “misunderstood”, despite claiming in the House of Commons directly that police had asked the government to invoke the act.

Earlier this week Emergency Preparedness Minister Bill Blair and Deputy Prime Minister Chrystia Freeland both stated that police had not recommended the use of the act.

Canadian Conservative interim leader Candice Bergen has since called on Mendicino to resign from his position as Safety Minister for “lying to and misleading Canadians about the Emergencies Act.”