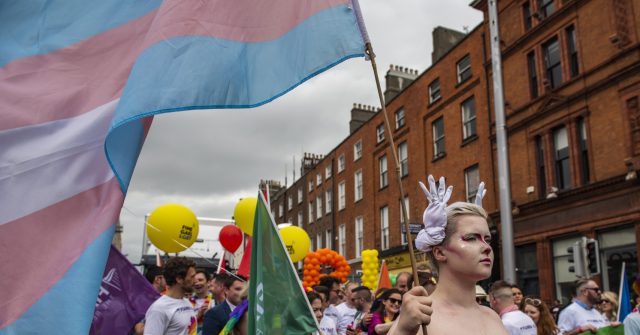 The LGBT organisation in charge of running the official gay pride parade in Ireland’s capital city has dumped its state media partner after the broadcaster dared to enable an open discussion on trans ideology.

Dublin LGBTQ+ Pride, the organisation in charge of running the official pride parade in Ireland’s capital city, has dropped the country’s state media outlet RTÉ as a partner after a radio show broadcast by the organisation facilitated a discussion on trans ideology.

Liveline — a flagship radio show for the state-owned network hosted by presenter Joe Duffy — facilitated discussions on the redefining of the word “woman” away from “adult human female”, as well as an alleged case of a lesbian girl being labelled “transphobic” over refusing to go out with a biological male who identified as transgender.

While the phone-in show seemed to generate lively discussions amongst its listeners, it appears that the open debate was a step too far for Dublin LGBTQ+ Pride, who publicly lambasted the debate on transgender ideology as damaging to their movement in an announcement declaring that they were cutting ties with the media company.

“Dublin Pride is both angered and disappointed by the recent unacceptable, triggering and extremely harmful anti-trans ‘discussions’ that have been given a platform on Joe Duffy’s Liveline on RTÉ Radio 1,” a statement uploaded online read.

“As an official media partner of Dublin Pride, but more importantly as Ireland’s national broadcaster, we expect better than for RTÉ to stoke the flames of anti-trans rhetoric,” it continued.

“RTÉ is our national broadcaster. LGBTQ+ people and our allies make up the majority of people in Ireland,” it went on to claim. “We are the majority shareholders in RTÉ, and we have a right to hold it accountable for its actions”.

The statement goes on to say that the pro-trans NGO expects a response “on how [RTÉ] will make amends for this situation”, despite the fact that the Dublin LGBTQ+ Pride has already dropped them as a partner.

Since then, Irish politicians have announced that they will “invite” the heads of RTÉ in front of a government committee, seemingly to have them explain themselves in regards to the situation, while Roderic O’Gorman, the Irish government’s minister for children, has also criticised the openness of the debate facilitated by the radio programme.

“I think they’d also agree that everyone deserves to live their life quietly and not have basic rights debated quite so vigorously or in an ill-informed way,” the Green Party minister said.

“That’s why I think it’s important that public discussion about trans people should be grounded in basic respect for individual rights and should start with real perspectives and lived experience of trans people themselves,” he went on to say

The move to dump RTÉ as a partner of the gay pride group has been cheered on by a number within the political sphere of the Irish far-left, with the likes of former Green Party Dublin Mayor Hazel Chu and Sinn Féin TD Louise O’Reilly applauding the retaliatory act on social media.

However, despite the heated words exchanged on the topic, this recent flare-up in Ireland over transgender ideology has nowhere near reached the pinnacle of controversy or vitriol seen in neighbouring Britain, where so-call TERFs (Trans Exclusionary Radical Feminists) and other sceptics of transgenderism regularly face harassment in both the public and the legal sphere.

No doubt the most notable recent example of this was the alleged case of an 18-year-old student who was reportedly harassed by pro-trans bullies into leaving her school after expressing doubts as to certain elements of the ideology.

The bullying allegedly reached such a point that, at one stage, 60 of the girl’s fellow students reportedly surrounded her, spat at her, and screamed about how she was a “Nazi, bigot, fascist, transphobe, homophobe, racist, c**t”.

While the reports into the girl’s alleged experience have drawn criticism from pro-trans progressive mouthpieces, there has also been a massive outpouring of support for the student at the centre of the scandal, with big names such as Harry Potter author J.K. Rowling backing the unnamed teenager.

“Utterly shameful,” Rowling wrote online. “Add this to the tottering pile of evidence that people in education and academia who’re supposed to have a duty of care towards the young have succumbed to an outbreak of quasi-religious fanaticism.”