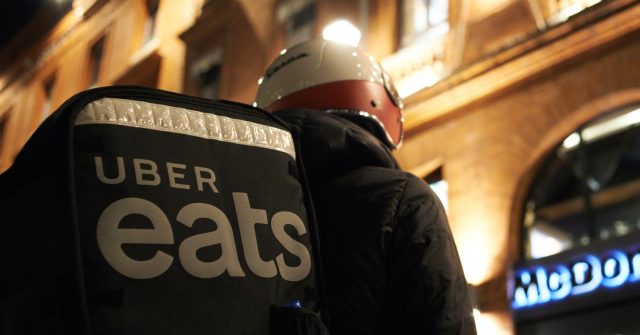 A town in the suburbs of Paris was the location for inter-ethnic brawls between Turks and Afghan Uber Eats drivers, with two fights taking place between groups of migrant delivery riders this month.

The first brawl between the two groups of migrants took place on June 10th in the town of Mantes-la-Jolie in the suburbs of Paris and was followed up by a second brawl the next day between around 20 migrants from Afghan and Turkish backgrounds.

The second brawl took place outside a local kebab shop just after 8:45 pm and saw around a dozen people armed with helmets and crutches rush toward the restaurant where the two sides clashed despite police attempts to restore order, Actu reports.

Police attempted to restore order with warning shots and police dogs but it eventually took the presence of three police crews to calm the situation. There were several arrests, including two Afghans who work as Uber Eats drivers who told police they were there to seek revenge for the brawl that took place the day prior.

“I hit someone who wanted to hit me with a crutch. Basically, I was just there to take a delivery,” one of the Afghan nationals told police.

“I was eating at the terrace with a friend. We had ordered and were waiting for our dishes. The fight broke out. It happened very quickly. But I have nothing to do with these guys. What if I hit someone? Yes, it is an inappropriate gesture. A blow in the anger of those I had received,” a third man who participated in the brawl told investigators.

On Tuesday, the local prosecutor demanded the two Afghans be handed a six-month suspended sentence for their role in the brawl, and demanded a 500 Euro fine for the third man arrested. The court agreed with the prosecutors demands and handed down the sentences.

Migrants make up a large share of those employed as food delivery drivers for companies like Uber Eats and other services in France and elsewhere in Europe. Illegal immigrants with no permission to work in France have also been found working as delivery drivers, with a report from neighbouring Belgium claiming illegals made up the majority of drivers in Brussels.

Earlier this year in April, Uber Eats, Deliveroo and the company Fritchti all agreed to a charter proposed by the French government to institute policies to stop illegals from using their platforms and from others using the platform to exploit illegals.

Food delivery companies in France have agreed to sign a charter preventing subcontracting to illegal migrants after the govt urged action. https://t.co/Tl9tXbw2B4