‘This is Africa’: Mob Sexually Assault Girls, Cause Havoc in Italian Towns 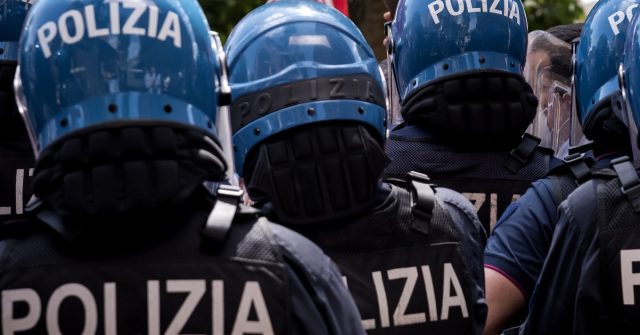 A mob of an estimated two thousand or so young men, mostly from migrant backgrounds according to reports, terrorised towns along with Lake Garda in northern Italy, with reports of women being sexually assaulted, shop windows smashed and police attacked.

The incidents took place last Thursday between the towns of Peschiera and Castelnuovo along Lake Garda and saw the mob of youths, mostly aged between 16 and 20 with some as young as 12, harass and cause havoc. Some were claimed to have shouted during the rampage, “We came to reconquer Peschiera. This is our territory, Africa must come here.”

Mayor of Castelnuovo Giovanni Del Cero was present during the rioting and said, “I tried to understand but they shouted absurd phrases, waving flags of various African countries,” the newspaper Corriere Della Sera reports. Italian paper Il Gionale cites witnesses claiming the crowd was “for the most part North African” and

Following an incident of theft, the mob began brawling with sticks and knives and then started ransacking businesses along the waterfront with bottles and stones thrown. Riot police were deployed and clashed with the crowds.

Orietta Gaiulli, the mayor of Peschiera, commented on the chaos saying, “I don’t know if they were first or second-generation immigrants. They are just a race of criminals who have left a deep wound in my community. We lived a day of war.”

Six teenage girls, aged between 16 and 17, also reported that members of the mob has boarded a train for Milan and were sexually harassed and assaulted by multiple young men.

“We were surrounded. The heat was suffocating, and some of us fainted,” one of the victims said and added that they were sexually assaulted while trying to move to a different train car and were told “White women don’t go up here.”

The attacks, which echo the sex attacks in Milan by young migrant and migrant-background men during New Year’s Eve, were condemned by Luca Zaia, governor of the Veneto Region, who called for zero tolerance for such behaviour and demanded police find those responsible.

“The idea must not pass that events like these can become ordinary or even, even worse, that we can become accustomed to it. We have never even adapted to the fact of putting alarms in the house and thinking of closing ourselves inside. I repeat, zero tolerance,” he said.

According to a report from the news service ANSA, at least ten girls reported they had been victims of sexual assaults, with an estimated 30 young men involved in the attacks.

League leader Matteo Salvini responded to the attacks by saying that those responsible should be punished, even if it meant lowering the criminal age of responsibility to do so and argued that his party had been trying to tackle the issue of teen gangs, known as “Baby Gangs” in Italy, for years.

The incident has become a major talking point in Italy and politicians on various points of the political spectrum have sought to apportion blame. Left-wing activists, Il Giornale reports, have rushed to put their perspective on events, blaming right-wing men for rape culture existing, and rejecting the claim immigration may have had an impact on the day’s events.