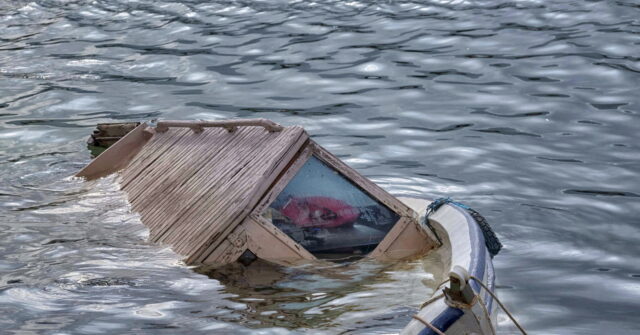 According to UNHCR, the number of deaths caused by migrants smuggling along the Eastern Mediterranean route from Greece to its shores increased by almost 300 percent in 2022 compared to previous years.

UNHCR reported that 326 people died or were reported as missing while crossing the Eastern Mediterranean Sea last year from Turkey to Greece.

The 2022 numbers are nearly three times higher than 2021 — which saw 115 migrants reported dead or missing — and are the largest numbers since the peak of the European migrant crisis in 2015 and 2016.

This is in comparison to illegal migrants arriving in Greece since 2014, which also causes the greatest number of deaths. There were 12,756 migrants who arrived in Greece via the Eastern Mediterranean route between 2022 and 2016. 2016 saw 441 deaths. In contrast, 2016, there were 173,450 migrant arriving.

The deadly cost of the open borders approach to illegal immigration:https://t.co/RyYtKhoAuD

Greek Migration Minister Notis Mitarakis has recently claimed that migrant arrivals have declined over the last three years saying, “After the explosion in the period 2015-2019, in 2021 we had the lowest flows of the decade, 8,745, and steadily low in 2022 too.”

“The migration issue doesn’t end. And it is at the same time a challenge and a need. Our country is implementing a strict but fair migration policy,” Mitarakis said and added, “With an emphasis on migration with rules, criteria, agreements, in accordance with our needs. But we stand firmly against smuggling rings and illegal migration.”

Greece reported that it had arrested nearly 1,300 migrants who were trying to smuggle people along the Evros river. This bordering country borders Turkey. Greek Civil Protection Minister Takis Theodorikakos added that around 256,000 migrants had been prevented from crossing the Evros river last year.

“Our borders are impassable. The fence will be built along the entire length of the Evros River, the construction of the first 35 kilometres is imminent,”He stated this earlier this month.

Around 29,000 migrants are reported to have died or been missing while trying to get to Europe since 2014.