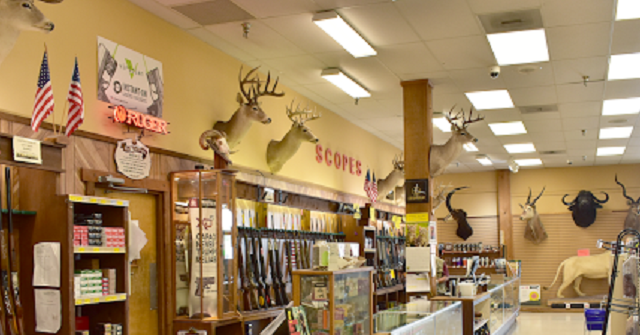 HOUSTON, Texas — A man carrying a “bladed object” entered a Carter’s Country gun store and began stealing money from the cash register. The robber was shot by an armed employee, who died later from his injuries.

Police investigators told reporters that a man entered the Carter’s Country gun store located on Wilcrest Drive in southwest Houston on Tuesday afternoon. An investigator stated that the man was carrying a pistol. “bladed object”KHOU CBS 11 reports that the shop is open to customers.

The man approached the cash register to withdraw money. A gun shop employee armed confronted him.

Fox 26 Houston reports that the employee shot two rounds, striking the suspect. He fled the shop and then collapsed on the lot.

He was in critical condition when he was transferred to the nearest hospital. Doctors declared him dead upon arrival.

No charges were filed but Harris County District Attorney Kim Ogg’s office said the incident will be presented to a grand jury. If charges will be brought against the shop employee, it will be decided by the grand jury.

A group of ten robbers broke into this same Carter’s Country store in March 2016 and stole 50 firearms, Breitbart News’ AWR Hawkins reported. With a pickup truck, a strap and securing the door with the tow rope, the gang gained access.

The break-in was captured on store security cameras, which were later released by Houston police. They broke into the store with hammers to remove display cases and took a number of guns.

After fleeing the store, they dumped the truck just a block away. Three of them were later detained by ATF agents.