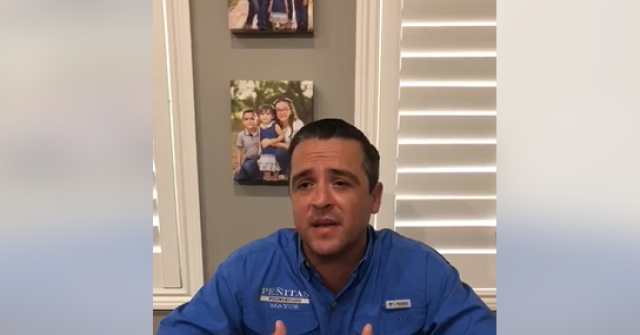 A Texas border city mayor faces federal fraud charges for the alleged use of his connections to influence a local school district to purchase goods from one of his companies. If convicted, the politician would mark the latest in a history of official contract rigging in South Texas.

According to the U.S. Attorney’s Office, Penitas Mayor Rodrigo “Rigo” Lopez, 38, is named in a two-count indictment on bribery and fraud charges. A federal grand jury handed down the indictment on June 1 under seal.

Federal authorities arrested Lopez on Monday afternoon at the Hidalgo Port of Entry as he returned from Reynosa, Mexico. Lopez is expected to go before U.S. Magistrate Judge Nidia Medrano later this week. According to prosecutors, from March to August 2018, Lopez allegedly influenced the La Joya Independent School District to purchase at least $70,000 in sporting goods from his company, Xizaka LLC.

Lopez, who is also a former school administrator in La Joya, is one of several politicians under federal investigation for potential contract rigging. According to the Progress Times, in the last 8 months, there have been 12 local officials indicted or pleading guilty to federal charges.

Ildefonso Ortiz is an award-winning journalist with Breitbart Texas. He co-founded Breitbart Texas’ Cartel Chronicles project with Brandon Darby and senior Breitbart management. You can follow him on Twitter and on Facebook. He can be contacted at [email protected].