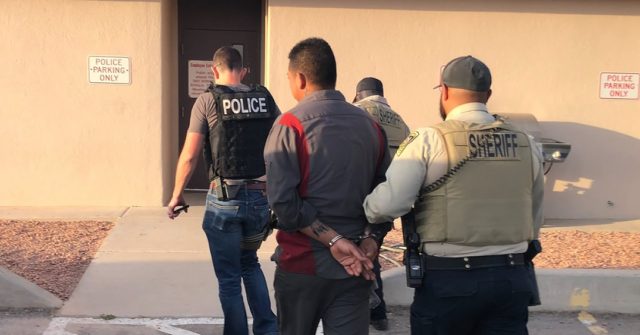 Federal authorities arrested an alleged human smuggler accused of kidnapping a Honduran female for six weeks to extort her family. The smuggler was in the U.S. illegally and has a deportation record.

Court documents revealed that agents with Homeland Security Investigations arrested Emigdio Gonzalez Gamboa, 33, on human smuggling charges in connection with the kidnapping of a Honduran woman in West Texas.

The case began earlier this month when deputies with the Dona Ana Sheriff’s Office in New Mexico received a call from a woman who claimed her sister was being held against her will by a smuggler. The woman provided authorities with a location received via a text message from her sister.

Sheriff’s deputies and agents with Homeland Security Investigations obtained a warrant to check a mobile home on a property that belonged to Gonzalez Gamboa. Authorities found the victim inside the home.

The Jane Doe told authorities that a man she identified as “El Flaco” called the family demanding $1,000 USD in exchange for the victim’s life. When investigators interviewed the woman, she said she was housed with 12 other migrants later taken to other cities. El Flaco reportedly limited her to supervised phone calls. The woman also told investigators that El Flaco asked her to remove her clothes to take nude photos. Court records show Gonzalez Gamboa was detained in November 2011 and was eventually deported.