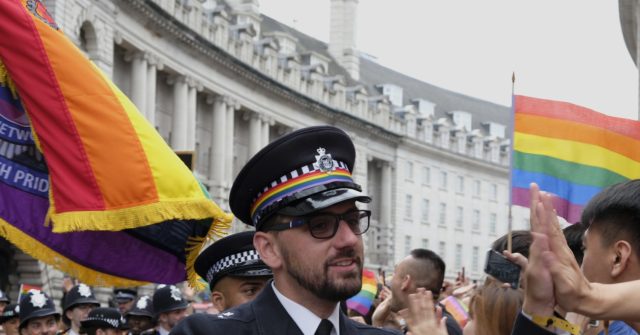 Mayor Khan, of Britain’s opposition Labour Party, ousted the previous head of the Metropolitan Police, Dame Cressida Dick, not over homicide and violent crime in London or her force’s failure to control riotous Black Lives Matter demonstrations during what was, for most, a time of national lockdown, but for her failure to chase the phantom of “systemic racism, sexism, homophobia, and misogyny” more enthusiastically than she already was.

“It’s possible to recognise the dedicated, decent, brave officers we have in the police service but to also say we’ve got real problems – real problems that have been shown recently in relation to evidence of overt systemic sexism, racism, homophobia, discrimination, misogyny – which need to be addressed,” Khan claimed, despite what many right-leaning people in Britain see as the Met’s already excessive focus on diversity and policing people’s speech, in comments reported by PinkNews.

Police officers in London have expressed a similar lack of faith in Mayor Khan as he has in them, however, with the Metropolitan Police Federation — a trade union-like staff association representing thousands of officers up to the rank of Chief Inspector — declaring it had “no faith” in him as the capital’s police and crime commissioner in February.

“The hard work of our colleagues – and public trust in our colleagues – is being undermined by politicians. And by the Mayor of London in particular,” said federation chairman Ken Marsh at the time.

“These officers are being unfairly lambasted for things they haven’t done…  They are being forgotten about by our elected Mayor. Enough is enough. Officers have no faith in Sadiq Khan,” he added.