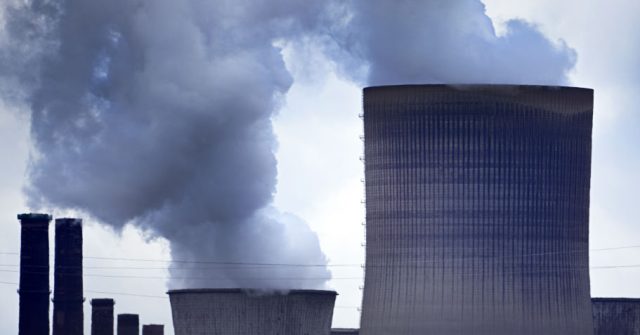 Climate-crazy Germany is now being forced to burn more coal for energy after Russia dramatically reduced the country’s supply of gas.

Despite the country’s obsession with climate-crazy policy decisions, Germany has announced that it will be forced to rely more heavily on coal for its electricity supply after Russia reduced the amount of gas it will supply to the country.

The central European state is now in an extremely precarious position regarding energy security. This was predicted in 2018 by Donald Trump, the former U.S. president. Trump was concerned about the overreliance on Moscow’s energy exports.

While Trump was laughed at for his warning at the time, it appears that the former American head of state has been vindicated, with an article published by Deutsche Welle on Sunday reporting that the seismic reduction in the amount of gas being supplied by Russia has left Germany facing a potential energy crisis

As a result, Germany will now be forced to ration gas while increasing its reliance on coal — the bete-noire for environmentalists — for the purposes of generating electricity.

“To reduce gas consumption, less gas must be used to generate electricity. Coal-fired power plants will have to be used more instead,”Robert Habeck, Minister of the German Green Party, announced the announcement.

“That’s bitter, but it’s simply necessary in this situation to lower gas usage,”He said that the country had been determined to be a leader in the removal of coal so it could better meet its climate goals.

However, nuclear was not mentioned by minister despite Germany’s plan to completely eliminate this low-carbon energy generation technique by the end.

The country’s Green-obsessed government had begun the phaseout at the start of this year, and while it was initially thought that at least some of the deactivated plants could be brought back online to fight energy insecurity caused by a breakdown of relations between Russia and the west, such a move was previously rejected by Habeck himself.

“We have again examined very carefully whether a longer operation of the nuclear power plants would help us in this foreign policy situation,”The minister had previously stated. “The answer is negative — it would not help us.”

Meanwhile, one of the German Green’s coalition partners, the Freie Demokratische Partei, has suggested the country re-examine its ban on fracking, seemingly in the hopes that the technology could remedy the current situation.

“As scientific studies show, fracking does not cause any relevant environmental damage under modern safety standards,”One official of the party stated this. “It should therefore be seriously examined whether larger shale gas production is feasible in Germany from an economic and technical point of view.”

This call was largely rejected by the Greens, who claimed that Germany doesn’t have enough natural gas and it wouldn’t be possible to establish fracking projects in Germany.