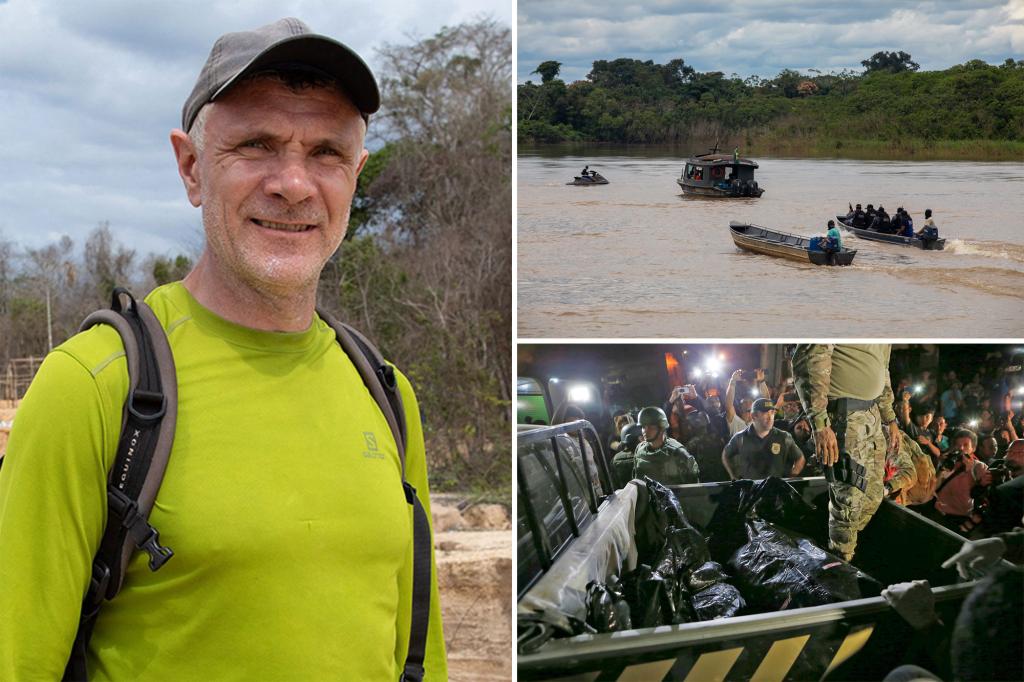 Human remains found deep in Brazil’s remote Amazon region have been identified as belonging to British journalist Dom Phillips after he and a Brazilian indigenous expert disappeared two weeks ago, federal authorities announced on Friday.

Additional remains recovered near the western city of Atalaia do Norte are believed to belong to the indigenous expert, 41-year-old Bruno Pereira, but have not yet been officially identified.

Phillips, 57, and Pereira were last seen on June 5 on their boat on the Itaquai river, near the entrance of the Javari Valley Indigenous Territory along the borders Peru and Colombia. The case quickly gained international attention.

“The confirmation (of Phillips’ remains) was made based on dental examinations and anthropological forensics,” Federal Police said in a statement. “Work is ongoing for a complete identification of the remains so we can determine the cause of death, and also the dynamics of the crime and the hiding of the bodies.”

Police said Amarildo, whose nickname is Pelado, confessed to shooting and killing both men Tuesday night. He then led authorities to the area where remains were found.

The Mirror, citing a report from local Brazilian broadcaster Band Jornalismo, reported the men “surrendered and [were] taken to a ditch, where they were killed and their bodies quartered and set on fire.”

The remains had arrived in the capital city of Brasilia on Thursday for forensics to work, officials said. Police said more arrests could be coming, but it did not appear that organized criminal groups were involved.

The men’s bodies were found in a region where there have been violent conflicts between fishermen, poachers, and government agents.

UNIVAJA, the local Indigenous association for whom Pereira was working, said the government failed to consider that the men may have been targeted by a criminal organization financing illegal fishing and poaching in the Javari Valley Indigenous Territory.

“That was why Bruno Pereira became one of the main targets of this criminal group, as well as other UNIVAJA members who received death threats,” the statement said.

President Jair Bolsonaro, an outspoken critic of journalists and Indigenous experts, was criticized for not acting fast enough in the pair’s disappearance. Without evidence, he claimed in an interview that locals in the region did not like Philips and that he should have been more careful.

Keep up with today’s most important news

Stay up on the very latest with Evening Update.

The efforts to find the journalist and expert were started by Indigenous peoples in the region.  Indigenous people who were with Pereira and Phillips have said that Pelado flashed a rifle at them the day before he vanished.

Search teams located a tarp from the men’s boat on the Itaquai river. They soon recovered a backpack, laptop and other personal belongings submerged underwater Sunday.

Authorities have said one of their main lines of investigation has pointed to an international “fish mafia” that pays poor fishermen to fish illegally in the Javari Valley reserve, which is Brazil’s second-largest Indigenous territory.

Police have also not ruled out other lines of their investigation, such as drug trafficking.

On Friday, U.S. State Department spokesman Ned Price said Phillips and Pereira were “murdered for supporting conservation of the rainforest and native peoples there.”