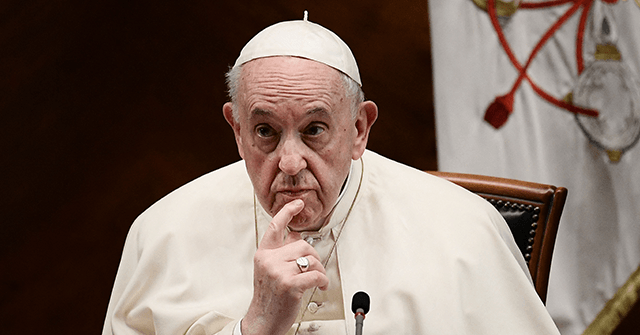 ROME — Pope Francis again voiced his distress Wednesday over the situation in “tormented”Ukraine is raising the threat of nuclear war just like Russian President Vladimir Putin.

“I would like to mention the terrible situation in tormented Ukraine,”For his weekly general audience, the pontiff informed the Vatican crowds.

The pope noted that Cardinal Konrad Krajewski, the papal almoner, is currently in Odesa as Francis’ envoy to the country, the cardinal’s fourth such visit since the Russian invasion. It was revealed that Krajewski, who brought food and other aid to the Ukrainian front-line soldiers this week, came under fire.

“Yesterday he telephoned me,”Francis recounted. “He told me about the pain of this people, the savagery, the monstrosities, the tortured corpses they find.”

Pope Francis met with a delegation of Orthodox Christians from the Patriarchate of Constantinople Thursday in which he condemned Russia’s “war of aggression”Ukraine https://t.co/lMNYnB6wwN

“Let us unite ourselves to this people who are so noble and martyred,”He concluded.

Putin warned the nation Tuesday night in a national speech “Russia will use all the instruments at its disposal to counter a threat against its territorial integrity — this is not a bluff.”

Russia “has many types of weapons of destruction, the components of which in some cases are more modern than those of the countries of NATO,” Putin declared.

Putin’s thinly veiled threat of a nuclear response in Ukraine as well as calling up reservists follows a series of humiliating military losses in which Ukraine has regained large areas of previously occupied territory.