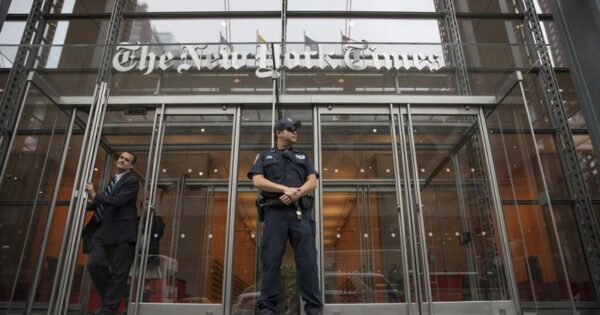 A Zimbabwean court on Tuesday convicted a journalist on charges of breaking the country’s immigration laws by allegedly arranging fake accreditation papers for two correspondents for the New York Times.

Zimbabwe has a history of harassing journalists who don’t work for the state media and many foreign correspondents were banned during the rule of the late President Robert Mugabe. President Emmerson Mnangagwa promised to open up media space as part of democratic reforms when he took power in 2017. However, government critics accuse him of failing to live up to that promise.

The Committee to Protect Journalists criticized the court’s decision, saying it is evidence of continued repression of the press in Zimbabwe.

“Today’s conviction of journalist Jeffrey Moyo is a monumental travesty of justice and shows how far press freedom has deteriorated in Zimbabwe under President Emmerson Mnangagwa,” Angela Quintal, CPJ’s Africa program coordinator, said in a statement.