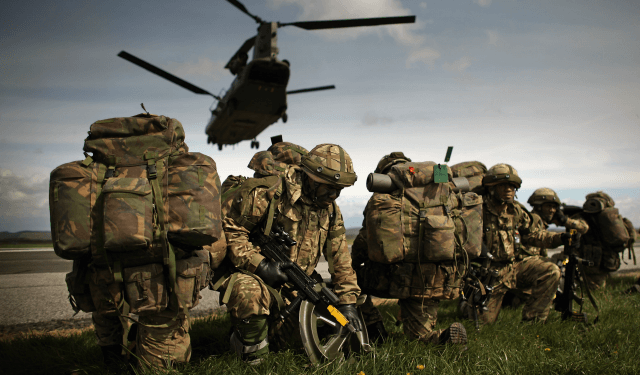 After video footage showed that British paratroopers were having an affair with a civilian female at a military barracks, hundreds of them have been banned from joining NATO missions.

A report by The Times of LondonA civilian female was smuggled to the base 31 times in five months for sexual intercourse.

Although the police concluded that the woman was consenting to sexual liaisons, soldiers involved in this incident have been barred from any future military deployment. They will also lose their chance to win medals.

UK Army Commander Tells Troops to Prepare for a Land War in Europehttps://t.co/hdCZklM0Zg

General Sir Patrick Sanders, newly appointed Chief of General Staff (CGS), of the British Army stated that although no crime was committed, it could still be viewed as the result of soldiers’ actions. “denigrate women”They failed to live up to the values and standards of the Armed Forces.

“Such behaviour is unacceptable, corrosive and detrimental to the army’s reputation,” General Sir Patrick wrote, adding: “Recent events indicated that 3 Para is not demonstrating the levels of discipline and respect for others expected of one of our battalions.

“I am not prepared to risk the Nato mission or the reputation of the British army by deploying 3 Para at this time.”

The move from the Army chief comes as he warned British troops that they should be preparing for a potential land war in Europe in order to confront the threat posed by Vladimir Putin’s Russia.

“We are the generation that must prepare the Army to fight in Europe once again,” Sanders said. “There is now a burning imperative to forge an army capable of fighting alongside our allies and defeating Russia in battle.”