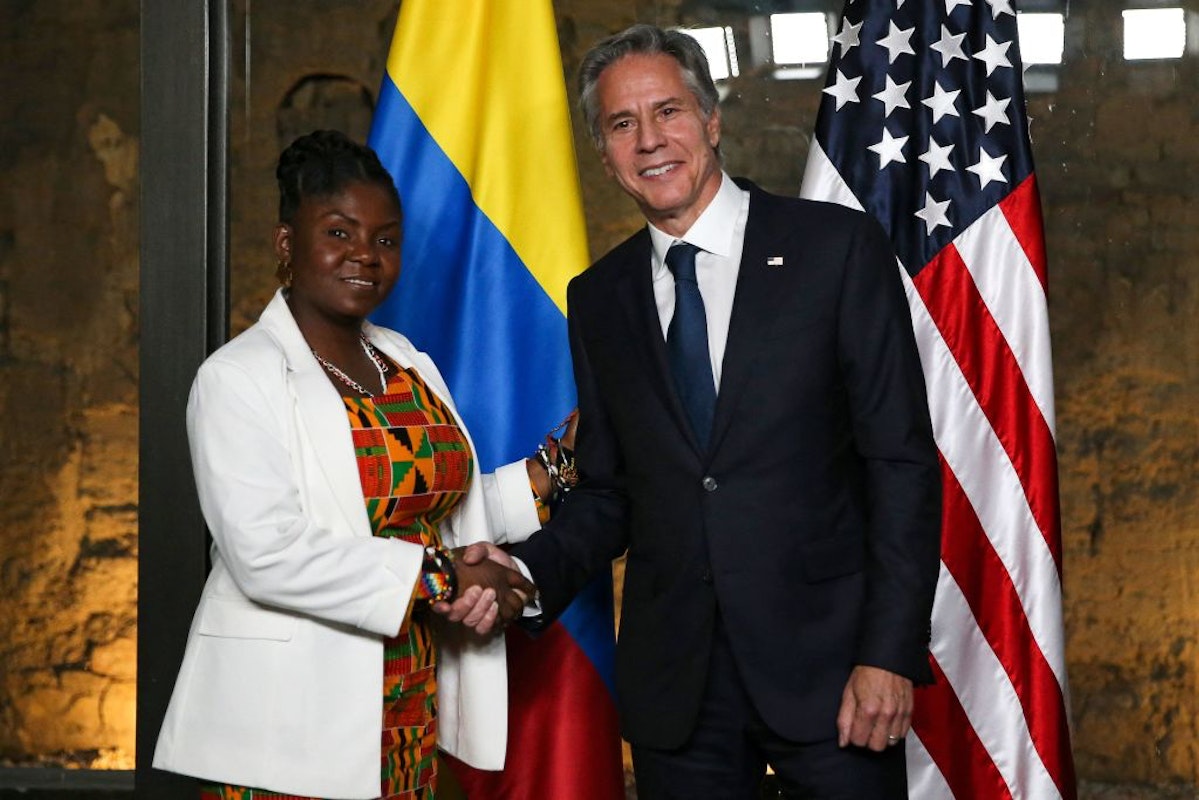 Leftist Colombian Vice President Francia Márquez Mina demanded reparations from the United States over climate change, even as the U.S. sends hundreds of millions of dollars every year to the nation in economic and humanitarian aid.

In an interview this week with POLITICO, Márquez said that the U.S. and other Western countries should pursue reparations in the form of debt forgiveness to Colombia over the issues of climate change and colonialism.

“There’s no doubt that the United States has a role to play. The United States should be the first country to acknowledge that its global politics have helped keep black people around the world and in Africa in a state of subjugation,” Márquez said when asked if the U.S. should be involved in “global and climate reparations.”

“Countries that have participated in slavery and colonialism are the ones that have their black population living without the barest of necessities, in a state of precarity. Those countries most responsible for colonialism and slavery are today’s developed countries, the world superpowers, which paradoxically also emit the most greenhouse gases,”Elle added.

Márquez then claimed that black people, Indigenous people, and women were most impacted by climate change. To free up funds, she suggested that other countries and the U.S. establish a program for debt forgiveness. “marginalized and oppressed communities.”

“The United States should be at the forefront of that policy. I know there’s been some reckoning, some conversations about acknowledging that this country is responsible for slavery and racism and now also climate change. But now it’s necessary to translate that reckoning into concrete action,” said Márquez, who is a member of the leftist Soy Porque Somos party.

The U.S. provided $479,676,863 in fiscal 2022 to Colombia. Most of this money came from USAID but also large amounts from the State Department. This U.S. taxpayer funding included $198 million to assist in emergencies, $35 million to protect the environment, and $23 millions for preparation and prevention of disasters.

Márquez, who ran for office alongside current Colombian President and ex-guerrilla rebel Gustavo Petro, has previously demanded reparations from Western countries at a forum in Geneva, Switzerland.