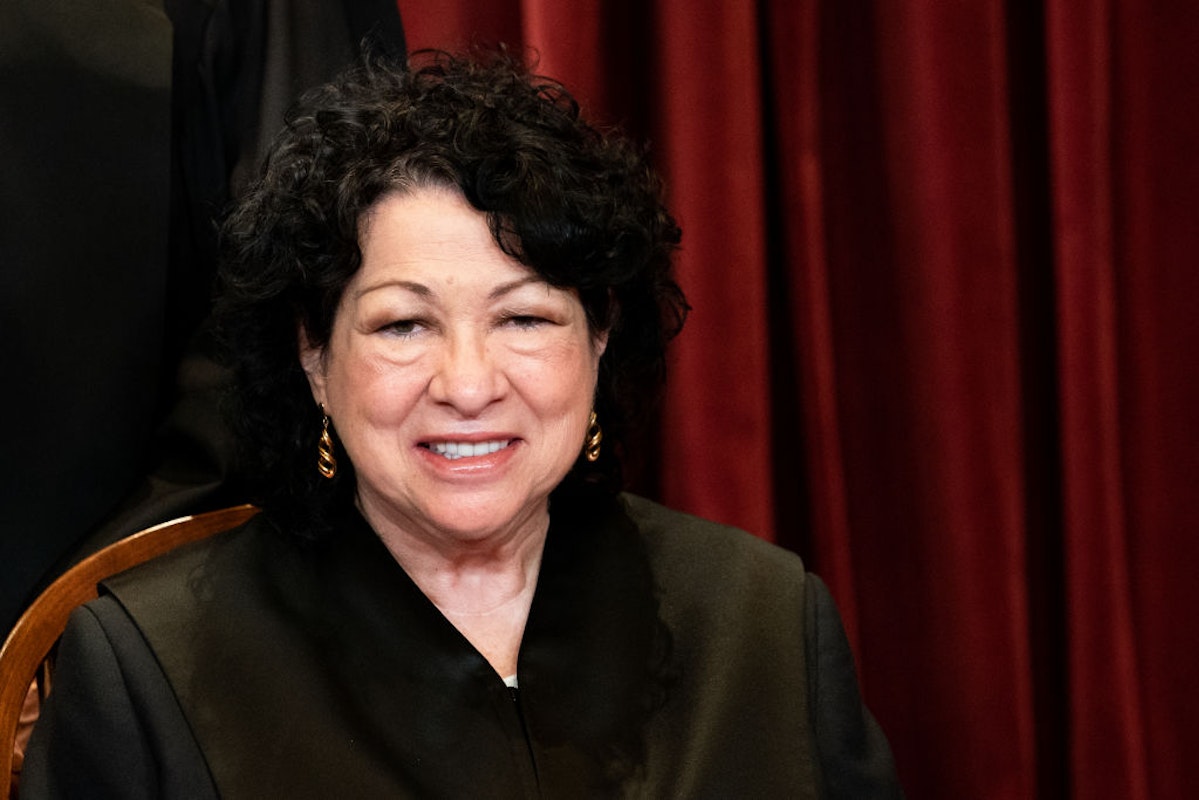 Supreme Court Justice Sonia Sotomayor made it clear on Thursday that despite differing judicial philosophies, she held her colleague Justice Clarence Thomas in the highest regard.

Sotomayor made the comments during a public speech at the American Constitution Society, speaking to the audience about the man she called “friend” in spite of their fairly regular differences of opinion.

“Justice Thomas is the one justice in the building that literally knows every employee’s name, every one of them. . . . he is a man who cares deeply about the court as an institution, about the people who work there — about people.” – Justice Sotomayor pic.twitter.com/Pz4TKWeFi3

“I suspect I have probably disagreed with him more than with any other justice, that we have not joined each other’s opinions more than anybody else,” Sotomayor said of Thomas. “And yet, Justice Thomas is the one justice in the building that literally knows every employee’s name — every one of them. And not only does he know their names, he knows their families’ names and their histories. He’s the first one who will go up to someone when you’re walking with him and say, ‘Is your son okay? How’s your daughter doing in college?’ He’s the first one that when my stepfather died, sent me flowers in Florida. He is a man who cares deeply about the court as an institution, about the people who work there, but about people.”

“He has a different vision than I do about how to help people and about their responsibilities to help themselves,” Sotomayor said, adding that Thomas truly believed that anyone could pull themselves up by their bootstraps — but her opinion was that some people needed just a little extra help in order to get to their bootstraps.

“But I think we share a common understanding about people and kindness toward them. That’s why I can be friends with him and still continue our daily battle over our difference of opinions in cases,” Sotomayor concluded, prompting laughter when she over-emphasized the words “daily battle.”

Sotomayor’s comments come amid calls for Thomas’s wife Ginni to stand before the January 6 Committee — and the wait for a Supreme Court ruling in Dobbs v. Jackson Women’s Health Organization.

“Supreme Court Justices are patriots. They are not about politics. Watching Justice Sotomayor talk this way about Justice Thomas is beautiful. They are patriots, even when we, and they, disagree with opinions. The late Justice Scalia and Justice Ginsburg loved each other,” Carmine Sabia remarked in a tweet.

And while many agreed that it was refreshing to see two justices who disagreed — so often and so fully — still be respectful of each other as human beings, there were also a number who could not reconcile their feelings about Thomas.

“I don’t doubt that Justice Thomas knows every employee’s name. He certainly knew Anita Hill’s name when she worked for him,” Aura Bogado tweeted.

Noah Berlatsky added, “People are pointing out the issues with Ginni, but it’s also worth noting that Clarence Thomas has been very credibly accused of workplace sexual harassment.”