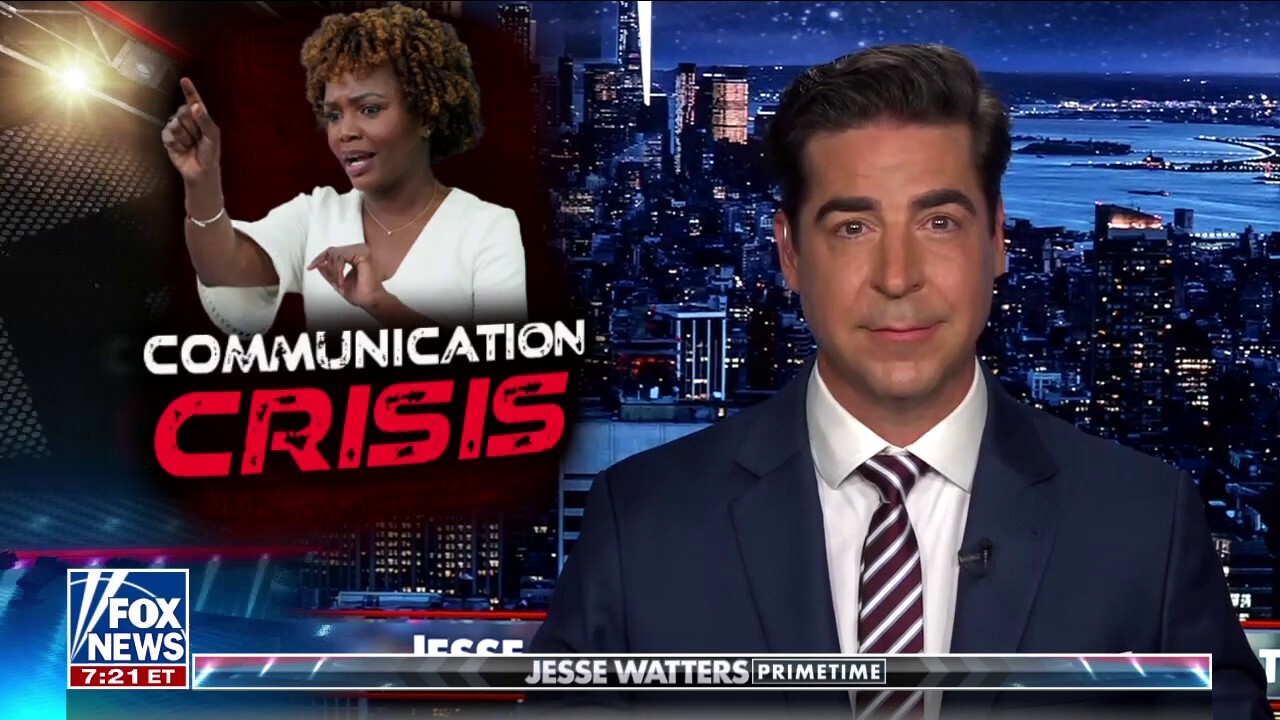 JESSE WATTERS: To put it simply, [White House press secretary Karine Jean-Pierre’s] really bad at her job. She makes Kamala Harris look coherent. I know this role is challenging. I certainly wouldn’t want to be Joe Biden’s mouthpiece. Biden doesn’t even know what he’s saying himself, so imagine how hard it is to speak for him. But come on. Pierre has only been at this job for a month or so and everybody already knows she’ll be replaced. Biden tapped a deer in the headlights to speak for his White House. Has Pierre ever met Joe Biden? It doesn’t seem like it. She has absolutely no clue what’s going on. She holds her 48-inch-thick binder like a baby holds a blanket. No one has ever seen Pierre without it. If you take away her binder, she’ll probably cry.

Keeping Biden in line and making him look good isn’t easy. Jill can hardly swing it. That’s why this administration’s desperate for a strong, qualified communicator in the press office. Was Pierre really the best option for press secretary? Or was she chosen for other reasons? We have no way of knowing because the talent pool there is so shallow you can wade through it. Pierre should hear footsteps coming though. She’ll be benched soon.

WATCH HIS FULL COMMENTS BELOW: