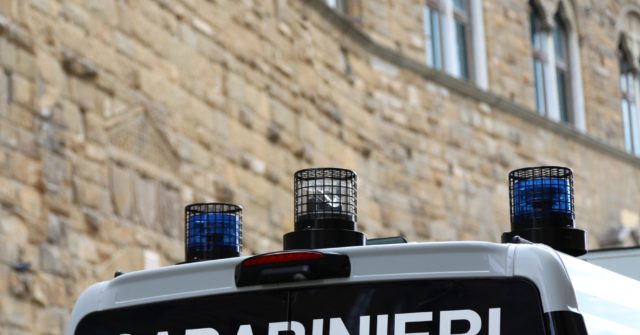 Italian police arrested a mother and her daughter on charges of inducing child prostitution after the pair allegedly forced the woman’s other daughter, said to be 15 years old, into prostitution in order to pay off debts.

Palermo’s carabinieri police officers made the arrests of the mother and daughter earlier this week. The order also included precautionary measures against six others suspected in relation to exploitation, aiding or facilitating prostitution, and other sexual acts with minors.

The arrests came after an investigation that began in august of last year when officials intercepted telephone communications indicating the existence of a prostitution ring and found that the 15-year-old had been forced to engage in prostitution by her mother and sister along with her mother’s boyfriend, who organised meetings with those paying to abuse the teen, the newspaper Il Giornale reports.

Both daughters had been transferred out of the mother’s custody in 2018 by a court but the eldest had recently returned to live with her mother, while the 15-year-old only visited on weekends, and during one of the visits is when the mother allegedly proposed to her daughter that she should become a prostitute.

This case follows months of being brought to light by the Spanish authorities. In that case, another head of a child prostitution ring was arrested for allegedly exploiting his daughter and presenting him as an adult via sexual sites. Spanish authorities arrested the man as one of 37 people in relation to the network. This included people of all backgrounds, from Nigerians and Romanians to Moroccans and Cubans.