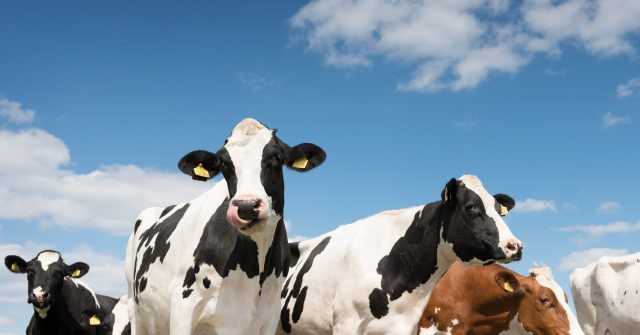 Officials in Kansas are pointing to extreme heat as the main factor behind the deaths of thousands of head of cattle.

While the Kansas Department of Environment has confirmed reports of more than 2,000 head of cattle this week, local news outlets say the full figure could be significantly greater. The Progressive Farmer points to as many as 10,000 dead in recent days.

In recent days, southwest Kansas has been under heat advisories reaching 108 degrees Fahrenheit.

“Large losses in feedlots due to heat stress seem to start every year around June, when there is a ‘perfect storm’ of too much heat and no opportunity for nighttime cooling, cattle can accumulate heat and die from the stress,” A. J. Tarpoff, a local veterinarian told The Progressive Farmer.

Extreme heat and humidity killed thousands of cattle in Kansas this week so far. An estimated 10,000 heads of fat cattle dead.

The Progressive Farmer notes, however, that cattle dying from heat stress is common during the summer months — especially cows with darker coloring.

“The second week of June is when historically we start to see this,” the local publication quoted Tarpoff. “I think a lot has to do with the hair coat. Cattle can adapt to almost any environment on earth, but they need time. At this point in the season, a lot of them have not fully shed that winter coat.