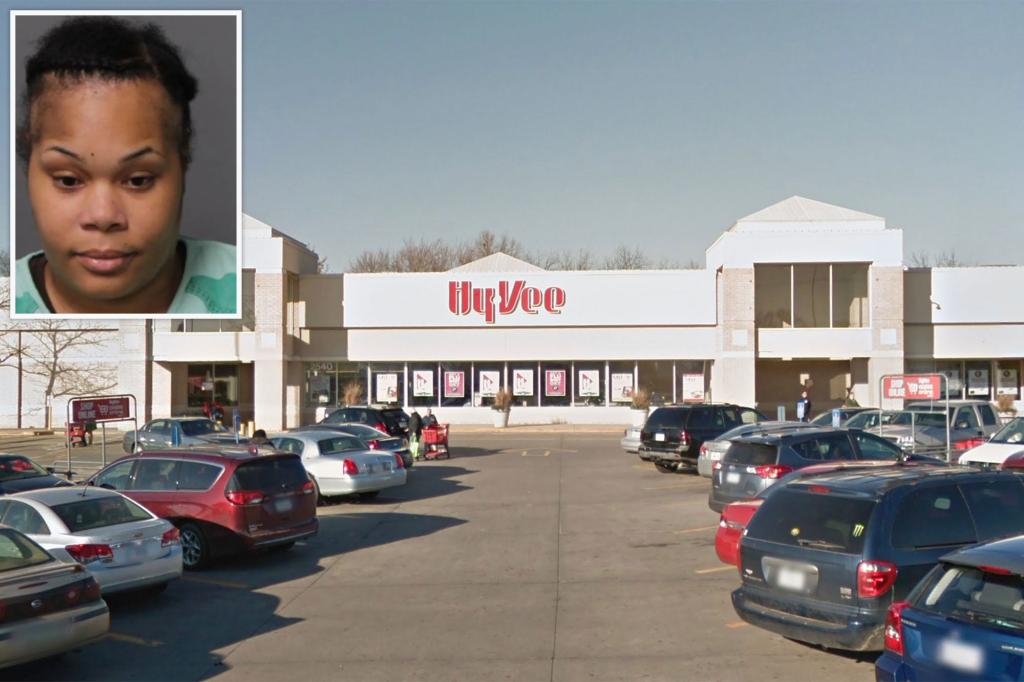 A lady who was being assaulted inside an Iowa grocery retailer shot her attacker with a legally owned gun in what police known as an act of self-defense, based on experiences.

The girl says she shot one spherical Sunday morning as a result of she was “blindsided, beat up and put in a headlock” contained in the Hy-Vee meals retailer in Des Moines, KCCI 8 reported, citing Des Moines police.

The alleged attacker, recognized by police as Kapri Francis, 30, suffered a gunshot wound to the leg after she launched a “totally unprovoked attack” on the legally armed lady, police mentioned, based on KCCI 8.

A male buyer was additionally injured after the bullet ricochet and hit him within the foot, the report mentioned.

Police mentioned the 2 girls concerned know one another, based on KCCI 8.

Francis was charged with assault inflicting bodily hurt whereas the girl who used her gun isn’t dealing with any expenses.

“The preliminary investigation of this incident indicates that the suspect and one of the victims (the shooter) were involved in a spontaneous dispute within the store prior to the shooting,” Sgt. Paul Parizek of Des Moines Police advised the Des Moines Register.

After speaking to witnesses and reviewing the proof, detectives “learned that the shooter in this incident acted in self-defense after being violently assaulted,” the police additionally reportedly mentioned.

Parizek mentioned the connection between Francis and the alleged shooter is “best described as acquainted with a history of conflict between the two,” the Des Moines Register reported.