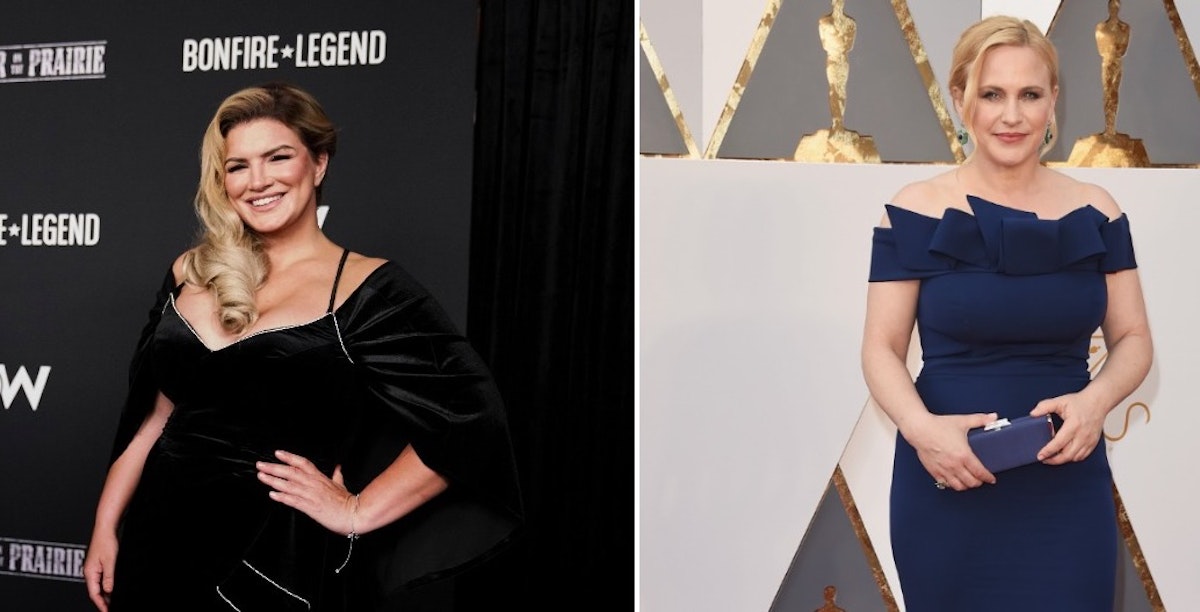 Gina Carano is willing to stand up for what she believes. This time the “Terror on the Prairie” star went head to head with actress Patricia Arquette on Twitter.

It all started when Carano shared the link she did to an interview with Fox News.

“Gina Carano on Disney firing from ‘The Mandalorian,’ “I think if there’s any time to stand up for something, it’s when you feel like your country’s in massive danger of losing our constitutional rights,’” she tweeted along with a link to the article.

“They wouldn’t know the constitution of [sic] it smacked them in the face,” activist celebrity Arquette retorted, seemingly referencing the Fox News audience.

Instead of backing down or ignoring the slight, Carano clapped back on behalf of conservatives.

“Insinuating ‘They’ are too stupid to understand their constitutional rights? That ‘team’ who is half or now more than half of our country’s citizens shouldn’t be demonized because they don’t agree with your politics. Great example of the arrogance of the Hollywood elite,” Carano replied.

Insinuating “They” are too stupid to understand their constitutional rights? That “team” who is half or now more than half of our country’s citizens shouldn’t be demonized because they don’t agree with your politics. Great example of the arrogance of the Hollywood elite.

“I am sharing my experience,” the actress continued in a follow up tweet. “Something another woman in this industry I would think could relate to on multiple levels had you seen past the words ‘Fox News’ & looked a little deeper. I’ll share it with you if you’d like. Maybe conversation would help. Like the article says.”

Carano has said she’s a huge fan of Arquette and that “True Romance” is her “favorite.”

In the interview, Carano discussed the experience of being cut by Disney allegedly over social media posts that some deemed offensive. The Daily Wire announced a partnership with the actress two days after she was canceled from “The Mandalorian” in February 2021.

The former MMA fighter went on to call cancel culture “extremely dangerous” and said it’s not evenly applied to everyone.

The road may have been difficult, but Carano is ultimately proud of “Terror on the Prairie,” a film where she also served as producer. She hopes other celebrities will see it and understand they don’t need to be afraid to speak their minds.

“I do hope they see this movie as a start to having other artists and creators realize that the sky’s the limit,” she told Fox News. “You don’t have to be pigeonholed or sell your soul to do what you love. If you’re doing what you love, it should replenish you.”

“Terror on the Prairie” is available to watch now at TerrorOnThePrairie.com.