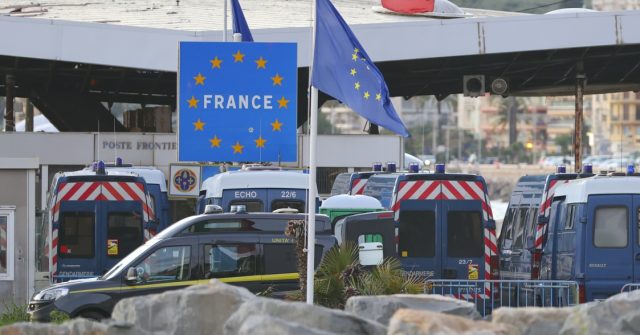 An Egyptian illegal migrant was killed this week by police in southern France after officers opened fire on a people smuggler’s vehicle that rammed a checkpoint near the Italian border.

After Italian border authorities alerted French police to the presence of a van carrying Italian illegal immigrants, which was traveling near Sospel, the 35-year old Egyptian citizen died.

Officers chased the van driver when he refused to stop for them. A second team of police officers eventually caught the van. The van drove towards the officers, making it difficult for officers to fire at the car. Le Figaro reports.

The Republic of Nice Prosecutor Xavier Bonhomme issued a statement regarding the incident, stating that “the van accelerated in the direction of (this) police vehicle,”And that one officer was added “used his weapon four times,”Stop the van

After fleeing officers, the van was found in Nice’s Les Moulins neighborhood. It was then abandoned by its driver and the two other passengers who were seated in front.

Five migrants were found inside the car when police arrived. One of them was a 35-year old Egyptian man who had been hit in the head. The Egyptian victim was taken immediately to the local hospital, but he later succumbed to his injuries.

Smugglers Lead At Least 600 To Their Deaths in the Med So Far This Yearhttps://t.co/VKDIr4TF5n

The Public Prosecutor’s Office has since opened two investigations into the incident, including one of attempted homicide of a public official and another investigating whether the police officer who shot at the vehicle did so in self-defence.

It comes days after another immigrant died and 17 were injured in Greece, in an accident involving a truck. The incident occurred while a people-smuggler tried to flee the police.

An Egyptian man is the latest victim of people smugglers. An International Organization for Migration (IOM) report released last month claimed that in the first three months of this year alone around 600 people have been led to their deaths attempting to cross the Mediterranean Sea.